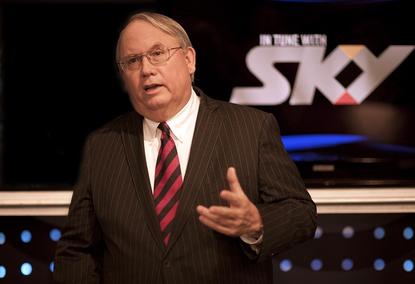 “We’re generally supportive of market consolidation where it leads to better outcomes for consumers.

“However, we’ve told the Commerce Commission that based on Sky’s current wholesale market arrangements for premium sports content, we don’t believe the proposed merger is in the best interests of New Zealand consumers and so should not go ahead in its current form.”

As reported by Reseller News, Sky and Vodafone reached an agreement to create a leading integrated telecommunications and media group in June, following weeks of media speculation.

Terms of the proposed deal will see Sky acquire all of the shares in Vodafone New Zealand for a total purchase price of $3.4 billion, through the issue of new Sky shares giving Vodafone Europe B.V. a 51 percent interest in the combined group and cash consideration of $1,250 million, to be funded through new debt.

Yet with the wheels now in motion, Wesley-Smith flagged Sky’s monopoly on premium sports content rights in New Zealand as a key concern.

“Sky has a monopoly on rights for premium ‘national sports’ in New Zealand,” he says.

“Given Kiwis’ love of these sports, they are “must have” rights for media content providers. As it stands right now, there isn’t a proper wholesale market for access to premium sports, and as a result New Zealanders have very few options for how they access that content.

“Sky's business model seems increasingly focused around sports, which underlines how effective their monopoly is in this space.

“The proposed merger with Vodafone is likely to entrench that monopoly, and that's something all New Zealanders should be concerned about.”

“We’re not interested in being tied to this outdated distribution model as it doesn’t work for our customers who want better choices that let them watch their sports whenever and wherever they want to.”

Wesley-Smith says Spark “walked away” from an earlier reselling deal with Sky three years ago because it wasn’t “commercially viable” - “and nothing has really changed since then”.

“We believe if the Commerce Commission blocked the proposed merger, Sky would be forced by commercial realities to make all of its sports content available online and on-demand - and via wholesale arrangements with lots of parties that help distribute this content to New Zealand consumers,” he adds.

“By making premium sports content available to more New Zealanders in more ways, through a viable and credible wholesale market, consumers will be better served – and the market will grow for Sky’s content rights.

“That is not going to happen if the merger goes ahead in its current form without such a wholesale market.”

For Wesley-Smith, a merged Sky/Vodafone will be able to leverage its monopoly power in the sports market, to the detriment of consumers.

“That's why we’re asking the Commerce Commission to reject the proposed merger in its current form,” he adds.