Mt. Gox CEO Karpeles out on bail in Japan 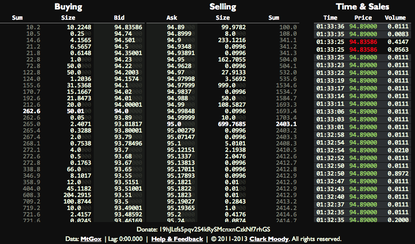 Mark Karpeles, the former CEO of the collapsed Mt. Gox Bitcoin exchange, was released on bail on Thursday, just under a year since he was arrested by Japanese police.

Japanese broadcaster Nippon TV showed video of Karpeles, 31, walking out of the Tokyo Detention House and getting into a waiting taxi. The broadcaster said he was freed on bail of ¥10 million ($95,000) and is prohibited from leaving Japan under the bail terms.

In the pictures, Karpeles looked noticeably thinner than on Aug. 1 last year when he was arrested at his Tokyo apartment.

His arrest came more than a year after Mt Gox collapsed in early 2014. At the time it was riding high on a Bitcoin bubble that had made it the world's largest Bitcoin exchange. Its failure hit many who had bought Bitcoin during a surge of interest in the cyber money system at the end of 2013.

During that period, the price rose from around $118 at the end of September 2013 to almost $1,000 less than two months later. Today one Bitcoin is worth $662, according to Coindesk.

Nippon TV said Karpeles is accused of putting ¥5 million of Mt Gox money into his own bank account and misappropriating a further ¥340 million in funds. Before his arrest, Karpeles denied many of the accusations leveled against him.