US probes Tesla on autopilot system failures after fatal crash 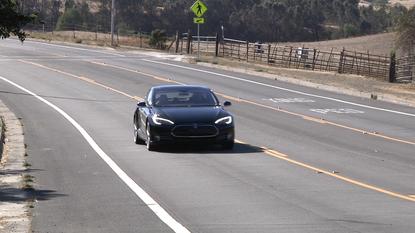 The U.S. government has asked Tesla Motors for detailed information about key safety systems on its cars after a May 7 crash in which a driver was killed while traveling in autonomous mode.

In the accident, a Tesla Model S in autopilot mode failed to recognize a truck being driven across the highway in front of it and slammed into it. The roof of the car was torn off and the driver was killed.

In a letter sent to Palo Alto-based Tesla Motors, the National Highway Traffic Safety Administration (NHTSA) is asking for details of all incidents in which automatic emergency braking was initiated and automatic steering warnings were recorded.

The NHTSA says it is asking for the information as part of an investigation into "all crashes alleged to have occurred because forward collision warning or automatic emergency braking did not occur when expected."

The letter, sent on Friday and obtained by IDG News Service, also asks Tesla to hand over customer complaints about emergency braking of collision avoidance system and reports of crashes resulting in injury, death, or property damage.

The NHTSA also wants to see documents related to testing of the feature and has asked for details of any modifications made to the system since production of the Model S began.

The information requested is detailed but Tesla is in a better position than many auto makers to supply it. The company's cars keep detailed logs of their driving and that information is transmitted back to Tesla servers.

Tesla has been given until Aug. 26 to supply all the information. The company could not be immediately reached for comment.