Robbie Upcroft has parted ways with Webroot, leaving his role as Managing Director of Asia Pacific. 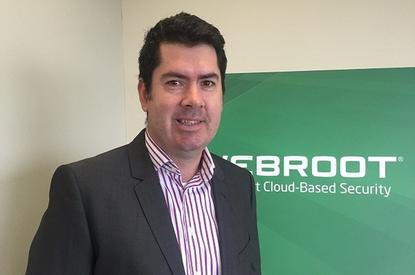 Robbie Upcroft has parted ways with Webroot, leaving his role as Managing Director of Asia Pacific.

Having been in the role since March 2015, ARN can confirm that the former General Manager of Arrow Australia and New Zealand has left the vendor with immediate effect.

“We appreciate the work Robbie did for our company, and we wish him the best," a Webroot statement read.

"Webroot is committed to the ANZ market, and VP of worldwide Business sales Charlie Tomeo will take the lead for this region going forward."


Upcroft joined Webroot following an internal company restructure, with the vendor reducing its sales team from 14 to four employees in the region.

During his time at the company, Upcroft was tasked with rebuilding Webroot’s go-to-market strategy for the wider Asia Pacific region, bringing on board five new representatives.

According to social media, Upcroft has “more than doubled the number of managed service providers transacting with Webroot in the ANZ channel" during his tenure.

Prior to Webroot and Arrow, Upcroft also worked in channel-focused roles for McAfee and Microsoft.