Basic data security methods weren't followed, and it's impossible to rule out hacking, the FBI says 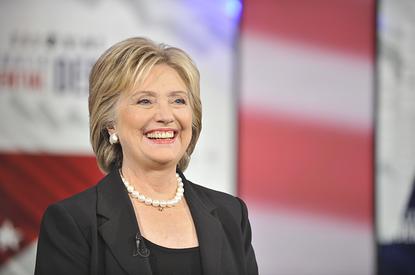 Hillary Clinton was "extremely careless" in her use of a private email server while she was U.S. secretary of state, but the FBI isn't recommending any charges be brought against her for mishandling classified information.

Speaking to reporters on Tuesday morning, days after the U.S. Federal Bureau of Investigation interviewed the presidential candidate, FBI Director James Comey said his investigation had uncovered numerous instances of the system being improperly used for classified information. He also said it was impossible to rule out the possibility that the system could have been hacked.

The controversy was thought to revolve around a single server, but Comey disclosed that over the years Clinton was secretary of state, she relied on a string of email servers. When new ones were installed, the older ones were removed but data was not always deleted.

Citing a server used in 2013, he said the email software had been removed but the actual email messages remained on the machine -- a pretty basic security misstep for any systems administrator.

From around 30,000 emails handed over by Clinton to the State Department, the FBI found that roughly 7 percent were classified at some level. Eight emails contained top secret information, 36 were secret, a further 8 were confidential and the remaining 2,000 were unclassified at the time but later "up-classified" by agencies to confidential.

U.S. government rules dictate classified information can be sent and shared only over secure government systems.

"She should have known an unclassified system was not a proper place for that information," Comey said.

Comey faulted Clinton's lawyers, who attempted to cleanse the entire email database of personal emails before handing it over to the State Department. Those lawyers simply ran keyword searches and looked at email headers, he said, so some emails that should have been handed over were deleted.

The FBI managed to find some by trawling government archives of people Clinton exchanged messages with; in that search, they found traces of some emails on older devices that had been insecurely deleted, but could get nothing from the servers themselves -- Clinton's lawyers had done a much more thorough job of deleting and cleansing the data.

On its recommendation to the Department of Justice, Comey said the FBI thinks Clinton should not be prosecuted.

"Our judgment is that no reasonable prosecutor would bring such a case," he said.