New services and tools help move files to the cloud 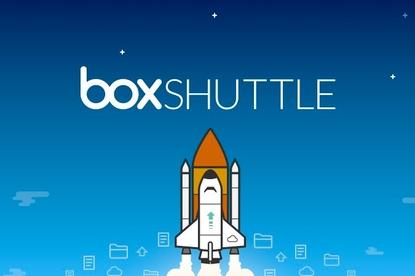 Businesses that want to get their files out of on-premises data centers and into the cloud now have a new option from Box.

On Wednesday, the company launched Box Shuttle, which includes tools and consulting services to help businesses move potentially terabytes of data from legacy applications into the Box cloud.

Box will work with customers to develop a migration plan for getting their data out of private data centers into its cloud service. It will help figure out what content customers should keep, archive and delete.

The company says it will analyze how customers store their data and help them map existing permissions and schemas to Box’s file system.

The service is available in beta today, with general availability scheduled for this fall.

CEO Aaron Levie said pricing will be two-tiered, depending on the level of customization. Box will finalize pricing over the summer while Shuttle is in beta.

Right now, data transfer into Box will be conducted over the Internet from a client’s servers. That will be time consuming for large amounts of data. In the future, Levie said Box will cloud-to-cloud transfers, so people can migrate data from public clouds like AWS.

That should make it possible to get large volumes of data into Box’s cloud using Amazon’s shippable Snowball storage appliance, which lets users mail 80TB of data straight to AWS.

Box says it’s already handled more than 3,500 deployments over thew past four years, and it's now expanding the speed and scale of the operation to reach more customers. It says it can move up to hundreds of terabytes of data from on-premise, legacy ECM, and cloud systems.