New functionality comes with a host of Office 365 updates 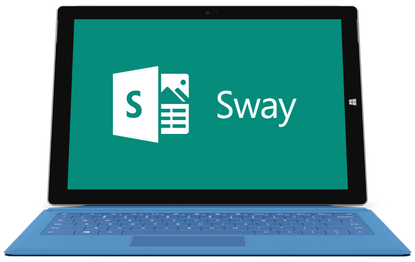 After a year on the market, Microsoft’s Sway presentation software has received features available to paying customers.

Office 365 subscribers will be able to lock their Sway presentations with passwords, load them up with more multimedia content, and conceal the software they used to make them with an update that Microsoft announced Tuesday.

That last feature will be an important change for users who don’t want to have a big banner at the end of their presentations saying they were made with Microsoft Sway. This change means that the presentation software will be more useful for creating shareable, public-facing documents that are either presented live or published to the web.

Adding paid features is a big step for Sway, which was launched in beta last year as the new kid on the block in Microsoft’s Office suite. It feels like the sort of presentation software that Microsoft might have created if it set out to make PowerPoint for the 21st century.

The news came as part of a major end-of-month Office update dump from Microsoft, which also revealed that users of Outlook will start seeing new cards that inform them about upcoming flights and inbound packages when they get notifications sent to their email inbox.

Right now, those capabilities are rolling out to the Outlook web client and Outlook for the Mac. In the future, they’ll be available on Windows, iOS, and Android, along with the Mail and Calendar apps built into Windows 10.

Those features are similar to ones that Google already offers to Gmail users, and are important for Microsoft’s continued competitiveness in the productivity space as it’s facing challenges from the likes of Google’s Apps for Work product.