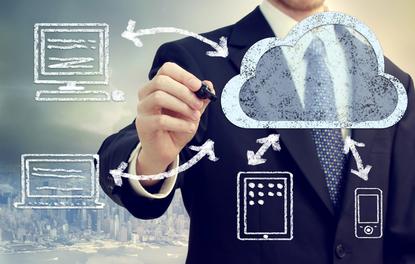 For cloud computing, and all it encompasses, is reshaping the Kiwi market and driving new changes across distribution, vendor and partner communities.

With New Zealand organisations committed to shifting IT needs into the cloud, off premises IT services such as hosted applications and infrastructure are forecast to grow 7-9 percent each year until 2019.

According to IDC findings, the big winner will be cloud-based services, which will grow at a staggering 15–27 percent compound annual growth rate (CAGR) until 2019.

To accommodate such strong appetites for services that drive cloud and cloud integration, Nunn says the distributor has transformed its business to a subscription-based model, building on market momentum in New Zealand.

“We have transformed our business,” Nunn says. “Although many businesses in New Zealand haven’t started, or are just embarking on this journey, we have come out of the other end.”

“Many businesses in New Zealand are concerned about the perceived revenue drop that comes with changing to a more commercially-viable model, but we can help share our learnings with the partner community.”

Drawing on widespread industry rhetoric, Nunn says the market is filled with misconceptions around moving to a subscription based business, with the channel left perplexed and disillusioned by the change.

“It’s just not the case,” he explains. “Many resellers feel that this change is forced on them and that it will be a disaster from a turnover and revenue perspective, but it’s not as scary.”

“What we’ve found is that while there are some inevitable ups and downs, we are coming of age from a distribution perspective because of the changes we have made.”

Having been in business for close to three decades, starting out in 1998 as ComTech in Australia, Nunn says Dicker Data aims to “inspire, educate and assist” partners through its deepened service, technology and logistics offerings.

“We want to help both partners and vendors break new ground in the market,” he says. “While the distribution channel has invested heavily in cloud capabilities as a whole, we have been working in the background to bring real change to the industry.”

“It shows in the numbers; around 70 percent of our monthly software transaction (or in the tens of millions of dollars) are already cloud-driven. We’ve also increased our staff and the seat count for vendors in such a way that they are holding up Dicker Data as world leaders from New Zealand.”

In observing the Kiwi channel, Nunn says that despite the subscription drive coming from the top down, challenges still remain.

“The messaging from the C-level isn’t always aligned through the entire organisation, and that creates problems,” he adds. “Or perhaps the message is coming through but staff on the front line aren’t implementing it well.”

“Traditionally, sales are based on monthly or quarterly compensation plans,” he explains. “That’s the way staff have been paid for years but the channel can’t expect to shift in a way that is healthy for business but unhealthy for workers.”

“And that’s another huge part of the transformation process because although the message is coming down from the top, resistance remains from people on the ground.”

As Nunn explains, sales compensation is just one of many factors to consider for organisations transitioning business processes to the cloud, with the onus now on partners to strategically assess its future place within the market.

“Partners need a long term view of where they want to be,” he says. “Where do you want your company to be in 12 or 18 months time?”

To combat such confusion within the market, Dicker Data is gearing up to launch its cloud portal in New Zealand, built around simplifying transactions for reseller partners.

As a result, Nunn says CloudPortal enables IT resellers to deliver a variety of cloud solutions and physical services from a wide range of vendor partners, with half a dozen new vendors already on board for the local launch.

Providing a single pane of glass to buy, manage and scale IT solutions, Dicker Data’s cloud play provides partners with cloud solution alternatives, allowing for a flexible approach that combines hardware, software and cloud on a single invoice.

With over 1,200 regular resellers and another 500 on its books, Dicker Data has increased their regional foothold and will continue to establish and develop strong long term relationships with their customer base in New Zealand, facilitating Kiwi growth in the process.

For resellers looking to transition to the cloud, contact Dicker Data on www.dickerdata.co.nz

To register for the upcoming Cloud Event, click here.