The new legislation would require law enforcement agencies to get court approval before gaining access to the documents of U.S. residents stored elsewhere 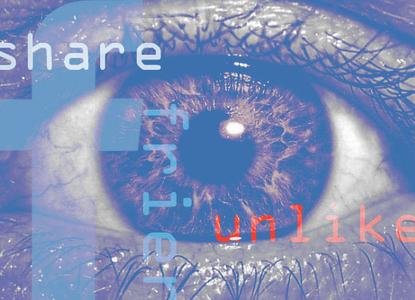 A new bill in Congress would require U.S. law enforcement agencies to obtain court-ordered warrants before demanding the emails of the country's residents when they are stored overseas.

The International Communications Privacy Act, introduced Wednesday by three senators, would close a loophole that allows law enforcement agencies to request emails and other electronic documents without warrants.

Congress has been working since 2010 to rework the 1986 Electronic Communications Privacy Act (ECPA), a law that sets down rules for law enforcement access to electronic communications, but the focus has been on requiring warrants for emails and other communications stored in the cloud for longer than 180 days.

Congress, however, should also protect privacy for emails stored overseas, given that customer data can be stored anywhere in the world, said Senator Orrin Hatch, a Utah Republican and lead sponsor of the new bill. "We need also to recognize the critical importance of data privacy on an international scale," he said Thursday. "Given the globalization of the Internet and electronic communications, Congress must also act to safeguard data throughout the world from unauthorized law enforcement access."

"We need also to recognize the critical importance of data privacy on an international scale," he said Thursday. "Given the globalization of the Internet and electronic communications, Congress must also act to safeguard data throughout the world from unauthorized law enforcement access."

Right now, the U.S. Department of Justice believes it can compel cloud vendors and other companies holding data outside the U.S. to turn over customer data without a warrant, Hatch said.

The bill would also limit U.S. courts' ability to issue warrants to communications providers for the electronic communications of citizens of other countries. The issue of warrants for foreigner communications has been in the news since late 2013, when a New York court issued a warrant allowing the U.S. Department of Justice to obtain a foreign suspect's emails stored on a Microsoft server in Ireland. Microsoft has fought the warrant.

Hatch's bill would allow U.S. law enforcement agencies to seek court warrants for the personal data of foreigners only if the government of the country where the data is held does not have a so-called Law Enforcement Cooperation Agreement with the U.S. or if the country does not object to the warrant. Such agreements often allow countries to issue their own warrants for materials sought by a partner nation.

While Hatch pushed the Senate Judiciary Committee to consider his bill, the panel on Thursday postponed a vote on a second email privacy bill. The Electronic Communications Privacy Act Amendments Act would require court-ordered warrants for email and other documents stored in the cloud for more than 180 days.

Under U.S. law, police need warrants to get their hands on paper files in a suspect's home or office and on electronic files stored on his computer or in the cloud for less than 180 days. But under ECPA, police agencies need only a subpoena, not reviewed by a judge, to demand files stored in the cloud or with other third-party providers for longer than 180 days.

The House of Representatives passed a similar bill in a unanimous vote in April, but some senators said they have concerns about the scope of the Senate bill