Massive growth shows why Amazon is the public Cloud leader 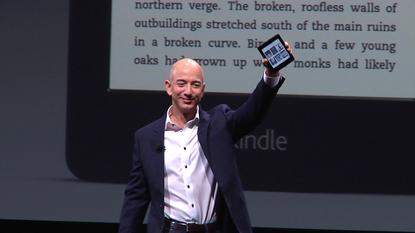 Amazon has shown off its dominance in the public Cloud market as the capstone to a better than expected quarterly earnings report.

Revenue from Amazon Web Services during the first quarter of 2016 was up 64 percent year-over-year, showing the big money that's still out there as companies invest more and more in the public Cloud.

Amazon's cloud platform generated revenue of $2.56 billion, putting it on pace to make $10 billion this year, in line with a letter from CEO Jeff Bezos sent to shareholders earlier this month. That's big money to go with Amazon's massive customer base, which includes names like Netflix, Time Inc., and Intuit.

Right now, Amazon is sitting pretty in the public Cloud business - it's the leading player by a large margin, and these revenue numbers show how well it's doing.

One risk that Amazon Director of Investor Relations, Phil Hardin, pointed out on a call with financial analysts is that the profit margins for AWS will likely be "bumpy" going forward as Amazon continues to invest in new infrastructure and other technologies, in addition to lowering costs for its services.

The company is also facing tough competition from both its neighbor Microsoft and a variety of other companies, including Google and IBM. Cloud adoption among companies is still in its early days, so Amazon doesn't have a lock on the market just yet. What it does have is a commanding leadership position that's making a lot of money. AWS produced operating income of $US604 million, up from $US195 million a year earlier.

Looking at its business overall, Amazon smashed expectations for how well its first quarter would go, with total revenue of $US29.13 billion, up 28 per cent, and earnings of $US1.07 per share. The earnings number is especially notable, considering that Amazon is known as a company that frequently doesn't turn a profit. (This previous quarter marks the fourth in a row that Amazon posted a profit, however.)