Dick Smith stores: It's all over on May 3

The last day of trade for remaining 195 Australian stores announced 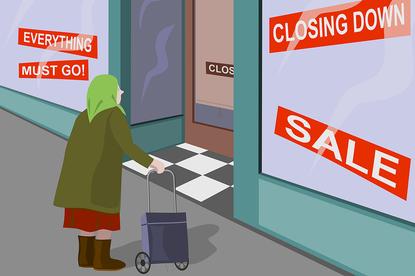 The last 21 Australian Dick Smith stores will shut for good on May 3, 2016

The remaining 195 Australian Dick Smith stores will close between April 27 and May 3, 2016.

In announcing closing dates for the stores, Receivers, Ferrier Hodgson, said the final 21 stores to close on May 3 would be:

The last day of trade in New Zealand is April 29 when 20 stores will shut their doors for good.

Receiver James Stewart said “We would like to thank the Dick Smith employees for their support during the Receivership. This has been a difficult and uncertain time for them and we have really appreciated their assistance and commitment.”

All Australian employee entitlements rank as priority unsecured claims ahead of the secured creditors and are expected to be paid in full.

Preferential entitlements of New Zealand employees rank ahead of the secured creditors, and are expected to be paid in full up to a maximum statutory limit of $NZD22,160 under New Zealand law.

Ferrier Hodgson anticipated that the payment of employee entitlements including annual and long service leave should be completed by mid-June 2016.

The new owners floated the company on the Australian Securities Exchange (ASX) in December 2013 with a market capitalisation listed at $520 million.

On January 5, 2016, Dick Smith Holdings Limited (and associated entities) was placed into administration by its creditors. On February 25, the receivers announced they had been unable to sell the company and as a result all 363 stores in A/NZ would be closed. A rolling schedule of closure was later announced.

About 2460 staff in Australia and 430 in New Zealand will be or have been made redundant.