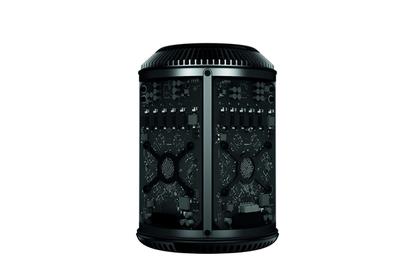 Introduced in 2013, the Mac Pro was a top-of-the-line desktop at that time. It looked exquisite in its sleek cylindrical design, and it sported new features like Thunderbolt 2 ports, plus the latest CPUs, GPUs and NVMe storage.

More importantly, it was a signal that Apple had not abandoned the professional computing market. The latest Mac Pro was a relief to those clamoring for an upgrade from an older version of the computer, which last received a face-lift in 2010.

But the Mac Pro is again falling behind the competition, with powerful new workstations from Lenovo, Dell and HP carrying superior technology. The PC companies are waging an active campaign to tempt Mac Pro users, many of them creative professionals, to move over to Windows PCs with better CPUs, GPUs, and memory.

The new Windows desktops are targeted at video editing, professional applications and the creation of virtual reality content for headsets like Oculus Rift and HTC Vive.

Among the powerful new Windows machines are HP's new Z Workstations. Starting at US $4,363, the Z Workstations announced this week can be configured with Intel Xeon E5-2600 v4 chips, which have up to 22 cores. Two Nvidia Quadro M6000 GPUs in an SLI (scalable link interface) configuration can provide super-fast graphics performance. The desktop supports DDR4 memory, and there are multiple slots for SATA, SAS (serial-attached SCSI) and NVMe (non-volatile memory) SSD storage.

By comparison, the Mac Pro -- which starts at $2,999 -- supports up to 12-core Intel Xeon E5 chips based on the older Ivy Bridge microarchitecture, which started shipping in the third quarter of 2013. The desktop has older AMD FirePro GPU models and DDR3 memory. The Thunderbolt 2 ports are also outdated, and Thunderbolt 3 is two times faster, with its 40Gbps data transfer rate.

"I compare it more to a low-end workstation," O'Donnell said.

The desktop is adequate for engineering applications and video editing, but faster computers will allow creative professionals to dabble in VR, O'Donnell said.

VR is a niche but emerging market, and workstations will need more horsepower for visual computing, O'Donnell said.

Apple hasn't indicated it is focused on VR, which still has an uncertain future. But earlier this month, Oculus founder Palmer Luckey said Rift headset support would come to Macs if Apple ever releases "a good computer” to handle the stereoscopic content. VR headsets require top-line CPUs and GPUs in desktops.

Apple has more than VR to consider if it wants to retain Mac Pro users. Apple may enter the fast-growing car market, and computer-aided automobile design will happen on workstations like Mac Pro, O'Donnell said.

O'Donnell also suggested Apple could opt to merge Mac Pro with the iMac. It's not an unprecedented idea; Apple in 2010 killed its Xserve product line and provided a guide for users to transition to the Mac Pro or Mac Mini.

But patience has its virtues. If Apple hangs on before upgrading Mac Pro, some breakthrough technologies could put the desktop leagues ahead of its Windows rivals.

Intel is developing super-fast Optane memory SSD products, which will come to high-end gaming desktops and workstations later this year. Intel claims that Optane, which is based on a technology called 3D Xpoint, is 1,000 times faster and durable than NAND flash storage.

Faster GPUs are en route as well. Apple has shown an affinity for graphics processors from AMD, which plans to release GPUs based on its Polaris architecture later this year.

AMD's rival Nvidia this week introduced a new GPU called Tesla P100, based on its new Pascal architecture and targeted at high-performance computing. Nvidia could also release Quadro GPUs, based on Pascal, for workstations later this year.

Apple could upgrade the Mac Pro if only to show evidence of its technological superiority over Windows rivals. There's no mantra like "good enough" computing for high-end desktops like the Mac Pro, O'Donnell said.

"It's about maintaining relevance," O'Donnell said.