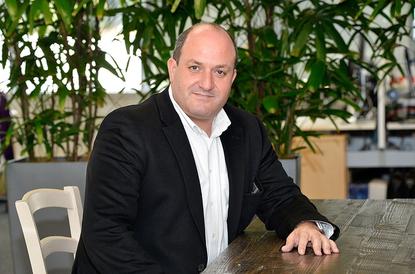 The latest MYOB Business Monitor research of more than 1,000 local SMEs, conducted for MYOB by Colmar Brunton, saw confidence in the economy strongly improving in the SME sector, up from net negative 30 percent in September 2015, to net positive five percent in the latest survey.

Businesses in the logistics sector (net positive 21 percent), retail and hospitality, and the trades (both net positive 10 percent) are particularly confident about the state of the economy in 2016.

The widely-reported impact of failing global dairy prices saw those in the primary sector (net negative 23 percent) buck the positive trend, along with Christchurch-based business operators (net negative 7 percent), who are managing the transition to the rebuild’s plateau phase.

MYOB New Zealand General Manager James Scollay says that the underlying performance of the SME sector has been strong over the last year, which bodes well for overall future economic conditions.

“It’s not surprising that we have seen such a turnaround in confidence levels, given how well many of our regions and key industries have performed over the last 12 months,” Scollay says.

“Whereas business operators were heading into Christmas last year with a good degree of caution, what they’ve actually found is a general improvement in their revenue and considerable stability in the local economy.”

Revenue increasing across the country

Over the 12 months to March 2016, 37 percent of SME business operators across the country reported an increase in their revenue, up from 30 percent in the September Monitor, while just 21 percent reported a revenue decline, down from 23 percent.

In particular, Wellington-based businesses saw a significant improvement in performance, with over a third (35 percent) highlighting revenue growth in the last 12 months, up from just over a quarter (26 percent) last year.

Growth is also spreading into the regions, with the second highest revenue performance (36 percent) in the areas outside the major centres.

In September 2015, a larger proportion of businesses in the regions saw revenue fall (29 percent) than grow (28 percent).

Steady growth expected in year ahead

New Zealand’s SME operators expect revenue growth to remain consistent over the next 12 months with thirty-seven per cent forecast improved returns in 2016 in the latest Monitor survey, while fewer (16 percent) expect revenue to fall.

“That growth is expected to be fairly even across the country, with Auckland businesses forecast to be somewhat ahead of the curve, on 40 percent,” Scollay adds.

“All of our key sectors are expecting strong revenue performances in the next 12 months, with only those in the primary sector expecting declines to outstrip gains.”

Scollay reports that just 10 percent of the sector will increase the number of full time employees they have on staff in the coming 12 months, and 12 percent will up their part-time and casual roster.

“Cash flow is the leading concern of all SMEs, with a quarter expecting it to put stress on their business this year,” Scollay adds.

“Other key pressures are also common in businesses looking to manage higher levels of growth. Currently, competitive activity and the ability to keep attracting new customers are most on the minds of local small business operators.

“Overall, our latest MYOB Business Monitor shows the SME sector in very good shape, and confident about both their own prospects and the wider economy.”