IBM recently shipped its NS16e computer with neuromorphic chips, and is working toward computers that come closer to the scale of a human brain 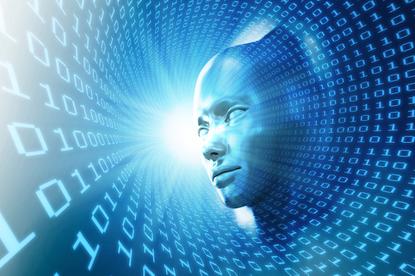 IBM says it wants to make intelligent computers that can make decisions like humans. This week, it shipped the NS16e, its largest brain-inspired computer yet, and has big goals ahead.

The company plans to create bigger versions of the NS16e -- which was purchased by Lawrence Livermore National Laboratory -- to come closer to matching the scale of a human brain.

"Perhaps one day we may see a single rack of neurosynaptic system with as many neurons and synapses as in a human brain," said Jun Sawada, a researcher at IBM, in a blog entry.

The brain can be viewed as an extremely power-efficient biological computer. Efforts to create brain-mimicking systems are intended to provide a big leap in processing lots of data in a more power-efficient manner than current computers. IBM believes the NS16e computer can process tremendous amounts of data while consuming the same power as that of a tablet.

The NS16e is based on an advanced chip architecture called TrueNorth, which can retain information and make decisions based on patterns discovered through probabilities and associations. Using learning models and algorithms, the computer can associate past and current data with patterns and classifications.

In a way, the system reaches the same sort of results achieved by machine-learning algorithms in computers doing pattern recognition. For example, such models are used to recognize objects in pictures and for self-driving cars to recognize pedestrians or parking signs.

IBM's system, however, is different in that it uses circuitry to approximate the manner in which the brain's neurons and synapses work. The company has redesigned memory, computation and communication features in an effort to be more power-efficient in processing data.

"In our brain, a certain portion of the cortex is responsible for visual recognition and other parts are responsible for motor function. The NS16e has something similar. You may assign which chip is holding which part of a large neural network," Sawada said.

The NS16e has 16 TrueNorth chips that are networked in a mesh, amounting to the equivalent of approximately 16 million neurons and 4 billion synapses. That is a much smaller scale than the brain, which has 100 billion neurons that communicate via trillions of connections, which are the synapses.

IBM has a very long way to go to approximate the processing scale of the human brain, but is making progress. The project started in 2004, and IBM was modeling cat-scale brains by 2009. In 2011, IBM created a prototype chip with 256 digital neurons and was able to demonstrate navigation and pattern-recognition abilities.

The goal is now to scale the size of the NS16e computer by packing more chips onto larger motherboards. That would mean increasing the number of TrueNorth chips on a board, which would create a new sorts of hardware and programming challenges. The current system still relies on conventional components like x86 chips, ARM processors, FPGAs and GPUs to achieve its goal.

As IBM develops the chip, the company will also look at the software to go with it. Sawada said the creation of learning models and algorithms, and associating those models based on the function of the brain, will be an ongoing effort.

There are many efforts under way to develop brain-mimicking chips. Some features like image recognition from efforts like Qualcomm's Zeroth have found their way into the latest Snapdragon 820 mobile chip. Another notable effort is Stanford's Neurogrid. The E.U. Human Brain Project is funding a program called Neuromorphic Computing Platform, with primary research taking place at University of Heidelberg in Germany and the University of Manchester's Spinnaker program in the U.K.