“VMware has been at the forefront of technology evolution and change during the virtualisation and mobile cloud era." 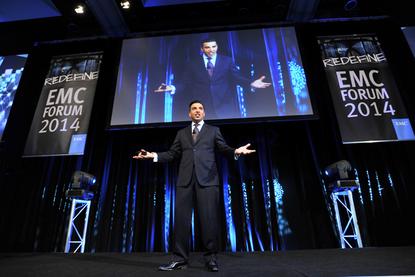 VMware has appointed Alister Dias as Vice President and Managing Director for Australia and New Zealand, replacing Duncan Bennet who departed the company at the end of last year.

Effective April 1, Dias joins the virtualisation specialists from EMC, where he served as Vice President and Managing Director of the Australia and New Zealand region.

Until Dias officially commences the role, VMware says Sharat Sinha, Vice President, GTM and General Business of Asia Pacific & Japan will continue as interim General Manager for the business on both sides of the Tasman, supported by its local leadership team.

“VMware Australia and New Zealand has been at the forefront of technology evolution and change during the virtualisation and mobile cloud era,” says Sanjay Mirchandani, Corporate Senior Vice President and General Manager, Asia Pacific and Japan, VMware.

“I am delighted to welcome Alister on board as we continue to evolve our diversified business portfolio and drive innovation in the data centre.”

Locally speaking, Dias is an industry veteran of over 30 years with a wealth of experience across business leadership, sales, technical and channel management roles.

Prior to this appointment, Alister held numerous management positions within the Australia and New Zealand market at EMC, CA Technologies and Soft Centre.