IT spending stutters, but where's the money going? 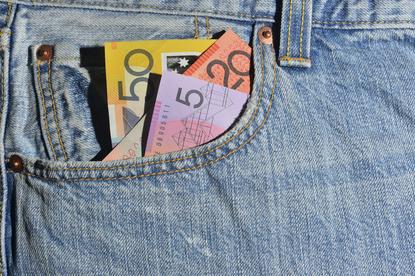 According to Gartner, 2015 saw the largest U.S. dollar drop in IT spending since Gartner began tracking IT spending.

“U.S. multinationals' revenue faced currency headwinds in 2015. However, in 2016 those headwinds go away and they can expect an additional 5 percent growth.”

In New Zealand, IT spending is forecast to grow two percent to reach $NZ11.6 billion.

Gartner says the combination of economic conditions preventing countries such as Russia, Japan and Brazil from returning to stronger growth, together with a shift in phone spending in emerging markets to lower-cost phones, is overlaid with weak tablet adoption in regions where there was an expectation of growth.

Ultramobile premium devices are expected to drive the PC market forward with the move to Windows 10 and Intel Skylake-based PCs.

Gartner has slightly reduced the speed of adoption over the forecast period, as buying in Eurasia, Japan, and the Middle East and North Africa moves away from purchasing these relatively more expensive devices in the short term, but expect them to revert back to buying in 2017 as the economic environment stabilises.

The server market is the segment that has seen the largest change since the previous quarter's forecast.

The server market has seen stronger-than-expected demand from the hyper-scale sector, which has lasted longer than expected.

Typically, this segment has spikey demand which lasts for a couple of quarters before moderating. Demand in this segment is expected to continue to be strong through 2016.

The worsening economic environment in emerging markets has had little effect on the global enterprise software spending forecast for 2016, with IT spending on pace to total $US326 billion, a 5.3 percent increase from 2015.

Organisations in those regions must balance cost cutting with growth opportunities during times of economic concern.

Spending in the IT services market is expected to return to growth in 2016, following a decline of 4.5 percent in 2015.

IT services spending is projected to reach $US940 billion in 2016, up 3.1 percent from 2015 - this is due to accelerating momentum in cloud infrastructure adoption and buyer acceptance of the cloud model.

Telecom services spending is projected to decline 1.2 percent in 2016, with spending reaching $US1,454 trillion.

Gartner claims the segment will be impacted by the abolition of roaming charges in the European Union and parts of North America.

While this will increase mobile voice and data traffic, it will not be enough to counter the corresponding loss of revenue from lost roaming charges and premiums.