'Such systems stand to replace a number of call-center workers,' one analyst says 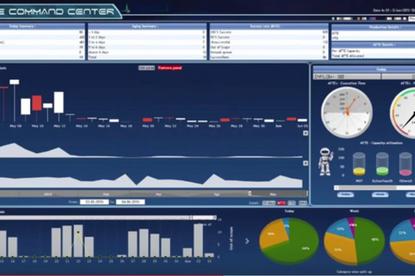 The word "robot" may conjure up images of R2-D2 and other three-dimensional hardware creations, but there are also software robots out there, and they're getting smarter.

Case in point: Dell’s Automated Full-Time Equivalent (AFTE), a software agent that's programmed to perform repeatable, rules-based tasks in business processes. In healthcare, for example, the tool can speed claims processing from 4.5 minutes down to 45 seconds by automating many of the time-consuming and "boring" tasks, Dell says, leaving to humans just the part where their knowledge and experience are truly necessary.

On Thursday, Dell announced that its next AFTE, which is now in the works, will incorporate cognitive intelligence such as self-healing, self-service and predictive analytics.

"Tasks that require human workers to access multiple, disparate software systems can now be intermediated by software robots programmed to take on these workflows," he said.

"It's only natural that this offering would come from Dell's BPO business division, since such systems stand to replace a number of call-center workers from business process outsourcing," he added.

"While much of the focus of cognitive is on the 'intelligence' that comes out, the bigger win is that intelligence is also making it easier for humans to augment their workplace and customer engagements," Goetz said.

Such systems aren't just computing or calculating numbers and transactions. Rather, they're "much more aware of the environment and able to associate facts about the context of people and process," she explained. "This is how humans think. This makes it easier for humans to understand and relate to what a machine will guide them to do."

Dell, meanwhile, is in a good position for such offerings by virtue of the fact that it both supports the infrastructural back end and has a presence with customers in the form of laptops, desktops and software delivery, Goetz added. "They live at the point of interaction where cognitive lives and adds value," she said.

"100 percent of the clients we've spoken to don't like that term," she said. "The use of 'robotic' in this context is difficult to explain internally."

"They're trying to position RPA tools as the biggest revolutionary thing" in business process outsourcing, she said. "I think it's evolutionary, not revolutionary."

Whereas RPA tools tend to be very "task-specific," more cognitive tools such as IPsoft's Amelia and IBM's Watson "address the whole process," she said.

"RPAs are important because they're a good stepping stone for clients to get into the arena and understand the potential," Karamouzis said. "But they're more of what we'd call 'Band-aids,' or quick fixes. They're helping you get important benefits in terms of savings, but they're very tactical -- they're not helping you reimagine a process."