“Geoff has overseen significant growth, guided our customer and partner relationships, and developed a high performing team in New Zealand." 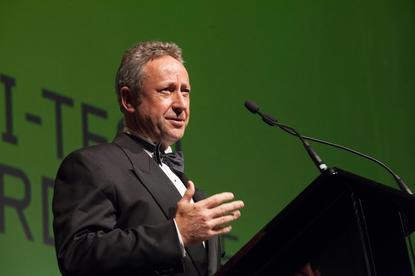 Cisco has announced that a planned executive transition will see Dave Wilson assuming the role of Country Manager of New Zealand from November 2015, replacing the outgoing Geoff Lawrie.

In his nine years in the role, Lawrie has overseen considerable expansion in Cisco’s technology portfolio and growth in its customer base in the New Zealand market.

Lawrie is leaving Cisco to extend his career in governance and advisory roles, leveraging his 35-year career in the technology sector, which included a stint leading Microsoft in New Zealand.

Wilson has been with Cisco for five years, working as a member of Cisco’s executive team in New Zealand and has most recently as head of Cisco's engagement with the telecommunications sector across the country.

Prior to Cisco, Wilson held both local and international leadership roles with other technology companies, including Ericsson in both New Zealand and Europe.

“Geoff has overseen significant growth, guided our customer and partner relationships, and developed a high performing team in New Zealand,” he says.

“Geoff hands over to Dave Wilson with the business in great shape.

“Customers, partners and staff can have the utmost confidence in Dave’s ability to drive the next chapter of our growth in New Zealand, which will see Cisco continue to be a major contributor to New Zealand’s technology-enabled future.”