All vendors combined ship more than 88,000 units worldwide in the first half of 2015. 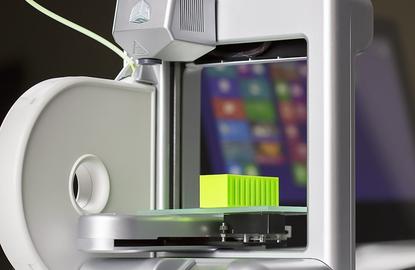 Worldwide 3D printer shipments rose 52 per cent year on year in the first half of 2015, reflecting ongoing demand among both consumers and businesses.

Taiwan’s XYZprinting took the top spot for the period as the largest 3D printer vendor worldwide, representing 22 per cent of shipments.

According to Canalys findings, the company has been helped by its low-cost offerings, with products that use both material extrusion and vat polymerisation technologies.

“This follows a trend in the 3D printing industry where many small and medium-sized businesses are experimenting with switching from larger, more established players to smaller local vendors, which promise the same product quality and substantially lower prices,” says Joe Kempton, Analyst, Canalys.

“Additionally, the compelling price points have helped these products become increasingly popular among consumers and some have seen remarkable success in the education market too.

“Several of the major 3D printing vendors struggled in the first half of 2015, some as a result of lacklustre product offerings. This allowed smaller vendors to perform exceptionally well.

“Various market forces also contributed to this dip, including the falling value of the yen and euro against the US dollar, with many large customers delaying purchasing decisions.”

Findings suggest that the total value derived from sales of 3D printers, and associated materials and services grew by 21 per cent to reach almost $US1.8 billion in the first half of 2015.

Canalys predicts that the worldwide market will reach $US20.2 billion by 2019.