Lenovo is order a restructuring to revitalize its handset business 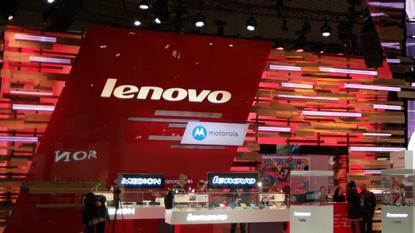 Lenovo's Motorola Mobility division will take over the company's smartphone development and manufacturing, as part of a reorganization that the company hopes will cut costs and revitalize its handset business.

The move will help the Chinese company produce better products, while taking the best from both Motorola Mobility and Lenovo, the head of its mobile business group, Chen Xudong, said Thursday in an open letter on Chinese messaging service Sina Weibo.

Last year, the company acquired Motorola Mobility for US$2.91 billion as a way to expand its handset business outside of China. But for Lenovo, the key challenge has been juggling the Motorola team with its existing smartphone operation, according to analysts.

So far the acquisition hasn't quite paid off. In the second quarter, Lenovo lost its place among the five largest smartphone vendors, said research firm Canalys.

In addition, the Motorola business is still posting a loss for Lenovo. So earlier this month, amid weakening earnings, Lenovo announced it would lay off 3,200 staff, in an attempt to streamline its business operations.

Some of those layoffs will target Lenovo's Motorola team. The cost of running that business is too high, and the company has vowed to make it profitable over the next few quarters.

With Motorola taking a larger role in phone development, Lenovo is aiming to create products that can better stand out, Chen said. On the sales side, the company will leverage Lenovo's existing distribution channels to promote the phones.

The company, however, will continue using both the Lenovo and Motorola brands, Chen added. The Motorola team will also be in charge of Lenovo's smartwatch development.

The restructuring is a necessary move for the company, said Nicole Peng, an analyst with Canalys. Past Lenovo smartphone products, while not poor in quality or performance, have lacked a unifying design, she said.

"I think they need to come up with a design language that is unique," Peng added.

Lenovo might find some of that with its Motorola products, which have emphasized customizable covers for theirs phones, and using a more vanilla version of Android.

But earlier this month, Lenovo's CEO said the Motorola business would still need to make changes. This includes releasing products at a quicker pace, to ensure their specs remain competitive in the market.

"Whether Motorola will gain more power or importance, let's wait and see," Peng said. "There will be Lenovo people in that team, who will be responsible for sales and marketing."

Next month, Lenovo will be holding a product unveiling for a new Motorola device.