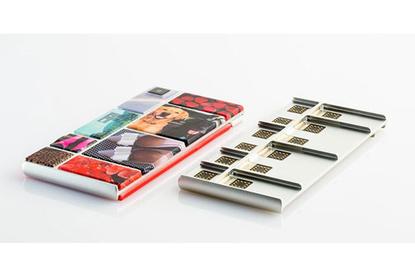 Google will have to find a new way to attach the modules for its ambitious Project Ara smartphone because the device has failed a drop test.

The admission, made via Twitter, comes a week after Google said it is delaying tests of the phone until 2016. It had been scheduled to enter limited testing in Puerto Rico this year.

Unlike other magnets, electropermanent magnets can have their external magnet field switched on or off. Presumably, Google was hoping to use them to hold modules of the phone together until a user wanted to remove one to upgrade it -- which is what Project Ara is all about.

The hiccup illustrates one of the challenges Google faces in engineering a workable Project Ara phone. The smartphone is designed to give users more control over the upgrade process, partly by letting them swap out components like the camera or sensors.

It's a radical departure from how people buy or upgrade phones today. But it might be some time before the phone is available to consumers. Earlier this week, the team said it was delaying an initial launch of the device in the U.S. until next year.

In a separate tweet Wednesday, the team said it was testing a new way of attaching and detaching the modules, though it didn't say what that would be.

Apparently, one of the team's main challenges is finding the best way to pack the core components of the phone into a small enough space to give users maximum leeway for modifying the replaceable parts.

We want to give users more space for more modules. So we grouped the core functionality to free up space. #ProjectAra #ThinkingOfYou

The Project Ara team likened the challenge to that faced by astronauts on the Apollo 13 mission, when they had to devise a way to filter out CO2 from the lunar module, using only tools available to them. The NASA engineers likened the task to "fitting a square peg in a round hole."

During the Apollo 13 incident, the astronauts ended up using items like duct tape, cardboard and plastic bags to create a CO2 filtering system.

A Google spokeswoman declined to comment further on Project Ara's next steps.

But on Twitter, one person offered this suggestion: "Have you tried glue or duct tape?"