Universal apps built for Windows 10 won't run on devices like the Surface 2, despite forthcoming update 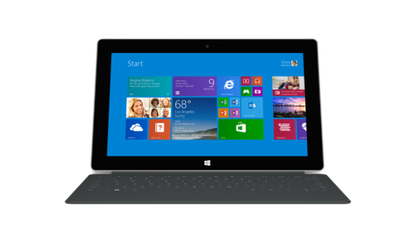 Next month, Microsoft will update Windows RT 8.1 to give users a handful of new features like improvements to the Start menu and lock screen on their devices. Some reports have claimed that the changes will make the tablet's interface more closely resemble Windows 10, even though it's still powered by Windows 8.1.

However, that update, like previous versions, won't be compatible with new universal Windows apps that Microsoft has encouraged developers to build for Windows 10, a company spokesperson said in an emailed statement. Windows RT devices will still be able to purchase, download and run apps from the Windows Store that are compatible with the older operating systems, but newer apps (along with those that drop support for Windows RT) will not be available.

It's hardly surprising, since those apps are built for the newest version of Microsoft's mobile operating system, and Windows RT devices won't be updated to Windows 10. The writing has been on the wall for a while when it comes to the version of Windows that's built for ARM tablets -- Microsoft executives said in January that it wouldn't be providing a Windows 10 update to those devices.

Windows RT tablets never did particularly well, either. Microsoft took a $900 million write-down on the original Surface RT, while its manufacturing partners Dell, Lenovo, Asus and Samsung all bailed on supporting the operating system. The issue highlights one of the longstanding problems with Windows RT: because it wasn't compatible with apps built for x86 processors, the selection of programs available for devices like the Surface RT and Surface 2 is much smaller than the overall Windows app ecosystem.