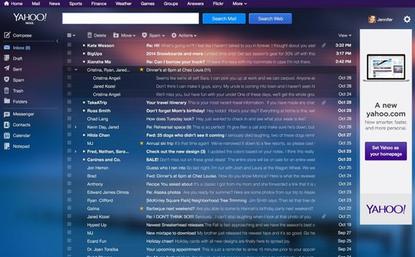 Some users of the company's popular Mail service report that messages they've deleted are reappearing in their inboxes, an issue that some say is a recurring problem.

Since the beginning of July, more than 100 complaints have been posted in a forum devoted to Yahoo's email service. Some users say hundreds if not thousands of emails that they had previously deleted have reappeared. Others say the emails continue to reappear after being deleted again.

"I have deleted thousands of emails just to find them still in my inbox," one user wrote on Monday. "I have better things to do than sit at this computer and do something over and over and over again," the person wrote.

"This is multiple times deleting the same emails, so tedious and annoying," said another.

Another user said emptying the trash was no help.

It's not clear what's causing the issue. In early July, after users started complaining, Yahoo said in the thread that its engineers were working to fix the issue as quickly as possible. But people continued to complain throughout July and into early August.

It's just a tiny sliver of the 225 million users of Yahoo Mail who seem to be experiencing the issue. But Yahoo faces intense pressure to retain and attract Mail users, to compete against Gmail and others. Any hiccup in Yahoo's software could give loyal users a reason to abandon it in favor of rival products.

Yahoo did not immediately respond to requests for comment on the email deletion issue Monday.