Why technological change is making IT decisions harder

"The impact of IT failure is more public and more punitive than ever before. This is an industry-wide challenge.” 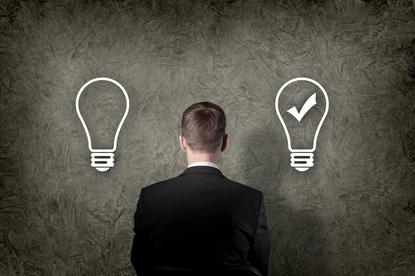 Two thirds (66 per cent) of IT managers believe that the rapid pace of technological change is making decisions about IT investment more difficult than 10 years ago.

The study of 250 high-level business executives, commissioned by Rackspace, reports that as a result of this rapid pace of change, 62 per cent of IT decision makers have invested in hardware or software that has never been used by the organisation.

“Technology has undoubtedly transformed the way we work and has become intrinsically linked with how businesses function and run but it is also evolving at a much faster pace than ever before,” says John Engates, CTO, Rackspace.

“Whilst the promise of IT transformation presents exciting opportunities for businesses, the sheer number of options facing IT departments is daunting.

“And the impact of IT failure is more public and more punitive than ever before. This is an industry-wide challenge.”

According to Engates, the challenge extends right from bringing in the appropriate tools to effectively manage business applications and infrastructure, through to implementing the right technology for employees.

Of those surveyed, more than half (51 percent) had deployed technology within the company that employees have never used or received the full benefit from.

Engates says that one of the reasons for this may be that nearly three quarters (74 percent) have bought technology that was more difficult to use than originally thought.

Significantly, respondents that invested in difficult-to-use technology were more likely to go over budget (74 per cent) than those who managed to avoid it (26 percent).

In addition, with long software update cycles quickly becoming a thing of the past, Engates claims that IT departments are being forced into weighing up whether to risk business disruption to update systems.

“It’s an exciting time for IT departments,” Engates adds.

“On the one hand technology is enabling them to become part of the business conversation around increasing efficiency, improving productivity and adding real value to their organisations.

“On the other hand, as a business critical function, there appears to be a feeling of vulnerability in terms of making a potentially damaging decision.”

Engates observes that most organisations are now at a stage where they cannot feasibly be responsible for expertise across all the technology they use in their businesses.

“We hear this from customers everyday,” he adds.

The Rackspace study found that there were some key learning opportunities for IT decision-makers because according to 42 per cent of respondents, they would do more background research before investing in new technology.

“No bad decision is ever actually wasted,” Engates adds.

"Taking the positives out of decisions you regret is key to success, and learning from mistakes can ultimately help to make your business stronger.”