University technology program launched to give peace a chance 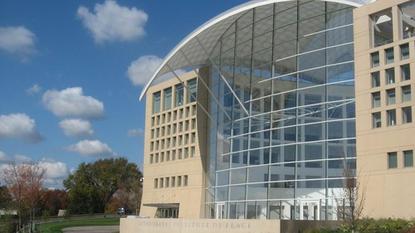 The PeaceTech Lab is located at the U.S. Institute of Peace in Washington, D.C.

Computer science and engineering students at Drexel University will have a new opportunity to use their skills for good with the launch of a technology program for promoting world peace.

The Young Engineers Program, a partnership between the private university in Philadelphia and PeaceTech Lab in Washington, D.C., will give computer science and engineering students and researchers at Drexel a chance to focus on conflict zones around the world.

The goal of the program is to use technology, media and data to prevent violent conflict in hot spots like Afghanistan, Sudan and Colombia, said Sheldon Himelfarb, president and CEO of the PeaceTech Lab.

The new program, with peace engineering classes starting at Drexel this fall, will give students an opportunity to bring fresh ideas to conflict resolution, Himelfarb said. Most of the students involved will be digital natives, and they can bring innovative approaches to technology that other generations may not, he said.

"We've really learned that having the eyes and ears of this younger generation of technologists and engineers is crucial," he said.

Social media and data crunching technologies can help track violent outbreaks in hot spots, and the lab is looking for new ideas on how to use those tools, Himelfarb said. In many conflict zones, mobile phones are pervasive, and mobile apps can help with conflict resolution efforts, he said.

In Afghanistan, for example, the literacy rate is about 35 percent, but about 70 percent of people own mobile phones, he said.

Drexel students Tristan Leung and Dagmawi Mulugeta, both sophomores majoring in computer engineering, said they're looking forward to the PeaceTech Lab classes. The opportunity for students to work in a cooperative education setting at PeaceTech Lab in Washington, starting in the spring of 2016, will allow students to use their classroom education in a real-world setting, Leung said.

In addition, the program will "help better the world," Leung said.

For Mulugeta, the program offers an opportunity for him to be of service to his native Ethiopia. "One of the reasons I joined Drexel is because it was so diverse and so international," he said. "I would like to give back to my home country, to the people I grew up with in some way."

The new program will deliver most of its classes online, giving people outside the university's main campuses a chance to participate, said Joseph Hughes, dean of the Drexel College of Engineering. For on-campus students, the coop element of the program will allow them to "get their professional experience before graduation," he said.

In the future, the program may allow Drexel students to participate in international coop programs as well as work at PeaceTech Lab.

The new program also aligns closely with Drexel's vision of being the "most civically engaged university in the country," Hughes added. "The conflict that arises in communities, regions or countries can be mitigated, to a certain degree, through civil engagement."

The PeaceTech Lab, launched in 2014 as an off-shoot of the government-funded U.S. Institute of Peace, brings together engineers, activists, social scientists, data scientists and other experts to develop tech, social media and data tools focused on preventing violent conflict.