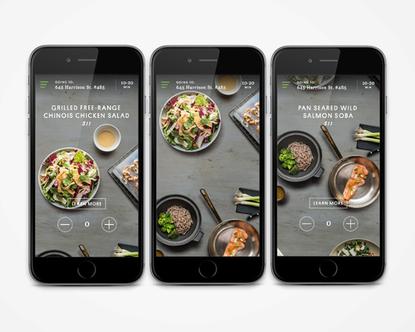 Sprig, a startup whose mobile app lets users order food and have it delivered, is changing the status of its delivery drivers from contractors to employees.

The changes come as other startups providing on-demand services via apps wrestle over how to classify the workers who provide the service to customers, whether it is food delivery, house cleaning or taxi-like transportation.

The operations of companies like Uber and Postmates have been thrust into the spotlight over the issue, partly due to lawsuits that have challenged how the companies classify these workers. For example, Uber designates its drivers as contractors, not employees.

For Sprig, the company said the classification changes would roll out starting Thursday over the next several weeks, in all markets in which the company operates: San Francisco, Palo Alto and Chicago.

Sprig's change affects the hundreds of drivers who deliver food for its service. The new classification will provide career development and benefits to drivers; some drivers will also receive stock option grants, said Sprig CEO Gagan Biyani in a blog post.

The company also employs a much smaller number of chefs who prepare the food, who already have employee status. Sprig cooks all of its own food. Its app lets users browse lunch and dinner menus that change daily.

In recent months, other companies have made changes to classify at least some of their workers as employees. Instacart, which provides a grocery delivery service, said in June that it would classify some of its shoppers as part-time employees instead of contractors, starting in Boston and Chicago. The classification has since expanded to other cities including San Francisco, Atlanta and Seattle.

Luxe Valet, which provides an on-demand valet parking service, said last month it would convert hundreds of its parking attendants across seven U.S. cities to employees, including San Francisco, Los Angeles and New York. The workers would be able to set part-time or full-time schedules, the company said.

The worker classification issue has had detrimental effects on some companies. Homejoy, which provided a home cleaning service through its contractor workers, shut down last month. The company cited "unresolved challenges in the home services space," though worker classification lawsuits had also reportedly hurt the company's ability to attract venture funding.

But not all workers may desire to be classified as employees. While riding in an Uber car, one driver recently told me he feared that a conversion to employee status would give him less freedom to decide when to offer rides.

Sprig also announced other changes to its app on Thursday. Now, each dish will say where its ingredients were sourced from.