At Black Hat, a researcher will show how malware can be installed on an Onie-powered switch 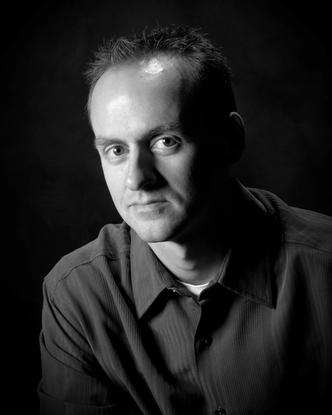 Software-defined switches hold a lot of promise for network operators, but new research due to be presented at Black Hat will show that security measures haven't quite caught up yet.

Onie is a small, Linux based operating system that runs on a bare-metal switch. A network operating system is installed on top of Onie, which is designed to make it easy and fast for the OS to be swapped with a different one.

Onie's main competitor is OpenDaylight, another software-defined networking project designed to give network operators more flexibility with their switch configurations and not lock organizations into using a sole vendor.

Pickett's research focused three network OSes running on Onie: Switch Light, Cumulus Linux and Mellanox OS. He found a host of problems with each, which in some cases allowed him to install a persistent piece of malware within Onie's firmware.

That's really, really bad, since malware sitting on a switch would have full visibility into all of the traffic running through the switch, enabling large-scale spying. It would also be possible to completely brick a switch, shutting down a network, Pickett said.

His malware is nicknamed Big Brother. It just needs to be installed on a user's machine within a targeted company's network. From there, it can hunt out the switch and install a sneaky, second-stage piece of malware on the switch and push data to a command-and-control server. He also thinks it would be possible to develop a worm that would infect all switches in a given network.

The broad problem with SDN is that it is a relatively new area, and security just hasn't caught up yet, Pickett said. Network operating systems as well as Onie are often lacking in authentication, encryption, access controls and permissions.

If Onie is vulnerable, that means the network OS needs to protect it. But if an attacker can get past the OS, Onie is ripe for exploitation.

"If you get past that, you are in the firmware," Pickett said.

Pickett said the SDN situation appears to be a chicken-and-egg problem: there doesn't seem to be much concern on either the SDN platform side or the network operating side in regards to who is responsible for stopping bad activity.

"I wonder if they both are expecting the other guy to pick up the slack," he said. "It's really bad. They think they are safe because these are Linux switches and they're behind the firewall."

Pickett has been notifying Switch Light, Cumulus Linux, Mellanox OS and Onie of the problems in the hope of getting the vulnerabilities he found fixed. He found one zero-day vulnerability, which he doesn't plan on releasing at Black Hat and Def Con, but will release the code for the malware he developed.

He will also describe a list of improvements for SDN platforms as well as remedies for network OSes. Pickett will give his presentation at Black Hat on Thursday and at the Def Con conference on Saturday.