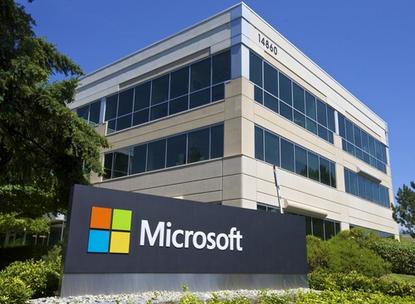 Microsoft has overhauled a program for promoting diversity at the law firms it works with, to promote higher representation for lawyers of different minority groups in the firms' leadership ranks.

The company's Law Firm Diversity Program has been changed to offer bonuses to 15 law firms it works with, based on how many attorneys in positions of power are female, from racial and ethnic minorities, openly LGBT, people with disabilities or military veterans.

Microsoft started the program 7 years ago and originally offered firms a 2 percent bonus on their billings if a set percentage of the hours they billed to the company were worked by diverse attorneys.

Over the course of the program, the percentage of hours attorneys from diverse groups worked on Microsoft tasks rose from 33.6 percent in 2008 to 48.2 percent in 2015. The company found that the program encouraged firms to put diverse attorneys to work on its projects, but Mary Snapp, a corporate vice president and deputy general counsel, said that shift didn't drive much firm-wide change.

"The other piece that we found, was that until the very last year and just this last year, the demographics of the law firms themselves did not change -- I wouldn't even say significantly -- they did not really change at all to become broadly more diverse," she said.

Snapp was quick to add that there could be a variety of explanations for the lack of movement on diversity metrics, including things like reduced hiring at large law firms during the U.S. financial crisis. She views the new system as the "next step" for the work by Microsoft's legal department to promote diversity with its partners.

The new leadership-focused program is based on Microsoft's belief that law firms "set the tone at the top" when it comes to showing that they value diversity and inclusion through diverse representation in their partner ranks. What's more, having broad representation in a firm's upper echelons means that young lawyers will have people like them to look up to at a firm.

Under the new system, firms will earn points for meeting certain objectives and can earn up to a 2 percent bonus on their annual billings based on the number of points earned. In addition, the firm with the most points will get an additional 1 percent bonus on their billings. The objectives include having more than one in four members of a firm's management committee come from members of the identified minority groups and having diverse partners work on more than 35 percent of overall hours spent on Microsoft matters.

The law firms eligible to participate in the program have generally been supportive of Microsoft's changes, Snapp said. Beth A. Wilkinson, a partner with Paul, Weiss, Rifkind, Wharton & Garrison, is one of the outside lawyers supporting the changes.

"The program, and most especially its focus on diverse firm leadership, brings a clear, measured and meaningful approach to this critical issue," she said.

Overall, Snapp said the company expects to pay out US$15 million over the next five years as a result of the 2 percent bonus. That said, any transformation caused by Microsoft's incentives won't happen overnight, especially since the company's new goals focus on lawyers in leadership roles. Snapp said that Microsoft wants to run the program for 3-5 years in order to see "real trend lines" as a result. She pointed out that diversity and inclusion efforts are usually slow going, and that change is slow even in the broader legal community.

"Let's put it this way, it might be another 50 or 75 years, at the rate we're going now, for there to be an equal number of female partners as male partners," Snapp said.

For its part, Microsoft is trying to lead through its own legal department. According to a company blog post announcing the changes, 58 percent of lawyers in the Legal and Corporate Affairs group are women or minorities, while 41 percent of the most senior people in the department are women or minorities. Snapp said that Microsoft believes its more diverse representation has made its legal department stronger and helped the company succeed.

The legal department's program is only one part of Microsoft's ongoing inclusion efforts. CEO Satya Nadella identified diversity and inclusion as key pillars of the company's mission, and highlighted Microsoft's training for its employees to prevent unconscious bias. It comes after Nadella was criticized last year for saying that women should trust in karma to provide them with a raise -- a statement he later rescinded.

Technology companies have been putting more effort into improving diversity and inclusion recently. Just last week, Intel announced it would double the referral bonus of an employee who refers a woman, underrepresented minority or veteran who eventually gets hired. The proof will be in the pudding for these programs, however.