US counterterrorism expert says it's time to give companies offensive cybercapabilities

The U.S. government should arm private businesses with cyberwarrants, allowing them to hack back 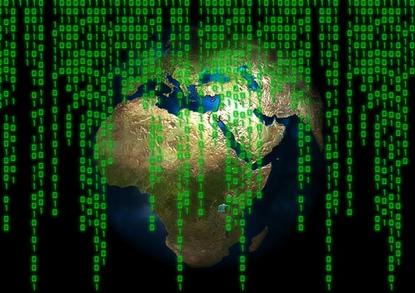 Cybersecurity for the planet

The U.S. government should deputize private companies to strike back against cyberattackers as a way to discourage widespread threats against the nation's businesses, a former government official says.

The U.S. government should consider allowing businesses to develop "tailored hack-back capabilities," Zarate said Monday at a forum on economic and cyberespionage hosted by think tank the Hudson Institute. The U.S. government could issue cyberwarrants, giving a private company license "to protect its system, to go and destroy data that's been stolen or maybe even something more aggressive," he added.

Zarate, now a senior counselor focused on sanctions at antiterrorism think tank the Foundation for Defense of Democracies, called for better cybersecurity tools as well, but suggested a new way of thinking about the tools "that not only puts us on the defensive, but also on the offensive."

U.S. vulnerabilities, with more and more devices connecting to the Internet, are increasing over time, not decreasing, Zarate said. Meanwhile, it doesn't cost cybercriminals or nation states much money to develop attacks, he said.

On the defensive side, U.S. businesses are pouring billions of dollars into cyberdefenses and are still getting hacked, Chabinsky said. The focus of most businesses on vulnerability mitigation has been a "fool's errand," he said.

"Economically, we've responded in the worst possible way," Chabinsky added. "We've sunk billions of dollars of our budget into the least probable method of success. We are bleeding ourselves dry with our response."

Instead of focusing primarily on fixing vulnerabilities, businesses should turn toward deterring threats, including detecting attacks and responding to them, he said. There have to be penalties for attackers, Chabinsky added.

In the bricks-and-mortar world, most businesses realize they cannot put enough locks on their doors to keep out a determined burglar, he said. Instead, they install alarm systems that alert police when someone breaks in.

Focusing on fixing vulnerabilities is like building a "10-foot wall at the price of $1 million around your complex," he added. "Then, [the criminals] go out and purchase a 15-foot ladder for $30."

Other speakers at the event discouraged businesses from hacking back against cyberattackers. With many attacks coming from other nations, many businesses will end up out of their league in an escalating conflict, said Mike Rogers, a former Republican congressman from Michigan and former FBI agent.

Striking back against cyberattackers in other countries is a "loser" of a strategy and could subject companies to criminal charges, Rogers said. "When you decide you're going to breach territorial jurisdiction and go after someone, you have opened up a can of worms which is well beyond the scope of your threat," he added.

In addition, companies' ability to attribute the attackers is "all over the map," Rogers said. "Some can do it very, very well," he said. "Some don't have a clue of how to do it, but that wouldn't stop them from [responding] anyway. How do you contain that?"