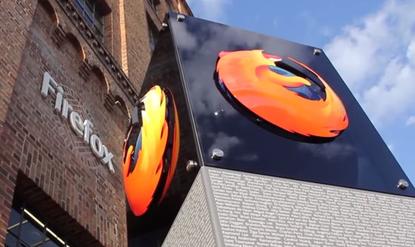 Mozilla CEO Chris Beard has blasted Microsoft in a pair of posts to the organization's blog, arguing that Windows 10's default browser settings are a "dramatic step backwards" for respecting user choice.

When people update their devices to Microsoft's new operating system, their default browsers are automatically changed to Microsoft Edge, the successor to Internet Explorer that's included with Windows 10. People who had a different default browser then have to go into Windows 10's settings menu and change the default from there.

In an open letter to Microsoft CEO Satya Nadella, Beard said that's no good, since doing so from Firefox requires three or four mouse clicks (roughly twice as many as before) and scrolling to the bottom of a seven-item list. In a blog post accompanying the letter, the Mozilla CEO said it was "bewildering" that Microsoft made that choice, especially after the company's antitrust troubles.

Microsoft's decision to change the default browser in Windows 10 makes sense for its users who still had Internet Explorer set as their default browser, since Edge is its successor and IE 11 still comes pre-installed with the new operating system. The new browser is one of the marquee features of Windows 10, and it makes sense that Microsoft would try to get it in front of as many people as possible -- even if that means ignoring their previously expressed preferences.

The upgrade doesn't uninstall competing browsers, and those that check to make sure they're set as users' defaults (like Firefox and Chrome) will prompt people who open them after upgrading to move away from Edge. Mozilla has three tutorials available (including a video) to help users who get stuck.

Beard said he's concerned not because of Mozilla's position as the maker of Firefox, but because Microsoft isn't respecting choices users made when they were using previous versions of Windows. Still, the change of defaults could cut down on the use of Mozilla's browser, since it could cause some people to abandon Firefox because it's no longer the default experience on their computers.

A representative for Microsoft did not immediately respond to a request for comment on this report.