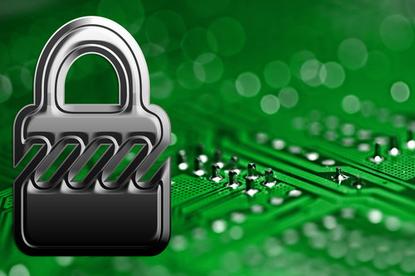 FireEye says a suspected Russian hacker group is using Twitter in a clever way to communicate with its deployed malware, Hammertoss.

A group of suspected Russian hackers are using Twitter in a clever way to mask their data-stealing malware, according to computer security firm FireEye.

Hackers have long used social networking services for relaying commands to their malware. But FireEye says this group -- which it calls APT 29 -- has taken it to a new level that makes it very hard for companies to figure out if they've been hacked.

FireEye analysts found the malware, nicknamed Hammertoss, on one of its client's networks earlier this year. APT 29 has taken several steps to try to mask its communication with Hammertoss to avoid detection, according to a new report.

Hammertoss has an algorithm that generates new Twitter handles every day. If APT 29's hackers want to communicate with Hammertoss, they register the Twitter account that the malware will try to contact that day.

The hackers post instructions for Hammertoss in a tweet. The tweet contains a URL and a hashtag. The URL leads to an image on another server that contains encrypted data using stenography, a method for concealing hidden data in an image or file.

The hashtag contains the file size of the image and a few characters that should be added to the decryption key stored within Hammertoss in order to view the content, Ledzian said.

FireEye studied some of the instructions for Hammertoss installations, which were comprised of encoded Powershell commands, directions for storing stolen content on cloud services and executing other files.

The attackers don't always register Twitter accounts for the ones generated by Hammertoss's algorithm. If an account isn't registered, Hammertoss waits another day and checks for a different one.

That makes it hard for network defenders since they need to have access to Hammertoss to identify and monitor the new Twitter accounts, which may not be used at all.

If anyone did notice the traffic and followed the link posted on Twitter, it would just appear to be an image. The attackers could also choose to quickly delete the tweet that Hammertoss reads, which would make the attack more tricky to investigate.

Hammertoss takes other steps to stay below the radar, Ledzian said. It is usually only active during the normal working day for whatever organization it has infected, which makes its traffic less noticeable.

"It's a lot easier to hide in the noise," Ledzian said.

APT 29 is suspected to be in Russia since it appears to be active during normal working hours in Moscow. On Russian holidays, the group is inactive, Ledzian said. FireEye said the group has proved to be one of the most canny in covering its tracks and masking its activity by rapidly modifying its tools and countering remediation attempts.

Ledzian said the group seems to be primarily focused on infiltrating government organizations and collecting geopolitical information related to Russia, making it likely the group is close to that government.

"That's why we believe they are in some way associated with the Russian government or working with Russia," Ledzian said.