Quebecois separatists now have a fully localized OS just for them 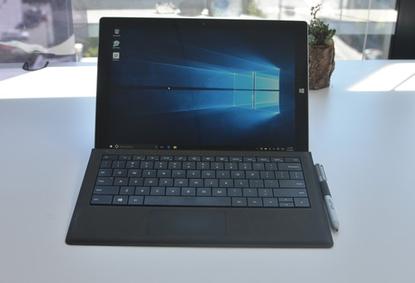 Mexican PC owners will be able to say "hola" to Microsoft's new operating system in a whole new way when it launches on Wednesday, thanks to language support added to Windows 10.

The major update for Windows includes full localization for Mexican Spanish and Canadian French, which means that all the assets in Windows 10 have been built with those languages in mind. Windows already supported full localization of French and International Type Spanish, but the dialects added with Windows 10 each have regional differences from the languages they originated from.

It's not an unprecedented move for Microsoft, which includes full localization for a handful of other regional language variants like Hong Kong Chinese and Brazilian Portuguese. The focus on local dialects makes sense for Windows 10, since both Mexico and Canada are slated to get support for Microsoft's virtual assistant Cortana later this year. (Cortana will first be available in English in Canada before becoming available in French.)

Before launching its virtual assistant in a new market, Microsoft tweaks Cortana to reflect local culture and needs. For example, the Japanese-language version "bows" to the user when greeting them, while Chinese users are offered air quality information by default. Microsoft hasn't provided any details about Cortana's training for Mexican users, but the company did mention that its Canadian incarnation "loves hockey."

Officially, Windows 10 supports 111 languages through Language Interface Packs that modify the operating system to some degree, though many of them are incomplete translations that fall back on a fully localized language in certain instances. Overall, there are only 40 fully localized language packs that will be available with the operating system. Users can install different languages onto their device using the Settings menu, which will then allow them to download different language packs.