The technologies fail when they fail to consider the lifestyles of the people using them, said panelists 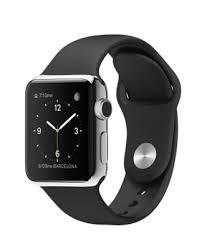 Wearable devices and health IT apps need to give people personalized information if they're going to continue to use them, said panelists on Monday. Pictured here is the Apple Watch, which has sensors to monitor health functions.

Wearable devices could be key to improving health, caring for patients with chronic diseases and understanding the impact of treatments. But there's one snag: how do you get people to wear them?

For all the hype around smartwatches and fitness bands, not everyone wants to walk around with a computer strapped to their body. Studies have shown that people who buy wearables often wear them for a few months and then toss them in a drawer and forget about them.

For projects like President Barack Obama's Precision Medicine Initiative, that's a problem. So health experts got together at a conference in Boston Monday to decide what to do about it.

Getting people to use wearable health devices requires them to deliver meaningful, real-time information that takes into account people's lifestyle and circumstances, the experts said. It sounds obvious, but it's the type of thing the tech industry has a knack of forgetting.

If health devices don't show value on a daily basis, people will reject them, said Maribeth Gandy Coleman, a researcher from the Georgia Institute of Technology.

For some, that value is about more than helping them manage a chronic illness. Patients want to understand the data and be able to use it to make positive changes in their health, she said.

Coleman spoke on a panel looking at how the National Institute of Health can maintain user engagement as it develops a medical research group of 1 million volunteers for the Precision Medicine Initiative, which aims to gather environmental, genetic and lifestyle information to understand how individual traits affect how people respond to treatments.

People have only so much room on their bodies for wearables, Coleman noted. They'll avoid devices that don't mesh with their daily routines or that make them socially or physically uncomfortable. And they're unlikely to wear a device that display health data where others can see it, like on a large wrist display.

Apps that require people to constantly enter data probably won't go over well either, she said.

And an app that encourages low-income families to eat more healthily needs to be realistic about the choices available to them.

"They don't need an app that tells them to drink kale smoothies" if they live in a neighborhood where affordable, fresh fruits and vegetables aren't available.

Apps that work the best "nudge" people to make lifestyle changes instead of "swooping in" and pointing out poor choices they've made, she said.

Social engagement through chat groups had a positive effect, but only a small number of people opt to use those platforms, said Bonnie Spring, director of the Center for Behavior and Health at Northwestern University's Institute for Public Health and Medicine.

Spring helped build an app to help people lose weight and recruited eight people to use it. The results were mixed, with only half of those people using the app's social support component, which allowed them to use a chat room to discuss their weight loss efforts.

Spring then expanded the project to a larger group. Only 11 percent of participants used the chat room function, but if a person felt like they had made a friend through the app, they continued to use it six months later.

Allowing people to provide input about what value they'd like an app to provide can help retain users, she said.

Northwestern is creating an app for its students aimed at promoting cardiovascular health. But students wouldn't be interested in an app that tells them to eat vegetables and get more exercise. Instead, Springer asked students about their academic, personal and professional goals. Those points will be incorporated into the app and students will be told how a healthy lifestyle can help them reach those goals.