IBM launches its data warehouse service into the Cloud 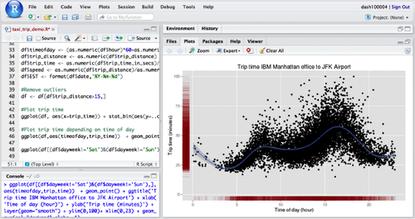 Jumping into an increasingly competitive market, IBM has launched a cloud-based data warehouse service, which the company says offers a way for enterprises to analyze their operations while bypassing most of the headaches that come with running such a system in-house.

"You used to have to go through a number of steps to get to the data. That is changing. People now want immediate access to the data," said Derek Schoettle, IBM general manager for cloud data services.

Available on the IBM Bluemix portal of platform services, the IBM DashDB Enterprise MPP (massive parallel processing) offers a fully managed data warehouse, potentially saving organizations the costs and hassles with setting up one in house.

IBM is one of a number of companies offering online data warehouses. DashDB competes not only with Amazon's Redshift, and Microsoft Azure's SQL Data Warehouse, but also with offerings from start-ups Snowflake Computing and Coolodata, among others.

A data warehouse provides a place to format and store data so it can be deeply analyzed, eliminating the need to conduct such analysis on the primary database itself, which would slow its performance.

DashDB would be ideal for exploratory research of data, potentially answering queries too unwieldy to run in a database, Schoettle said.

A cable company could plot out revenue by geographic area, highlighting areas where customers are defecting to the competition. Financial services firms could use a scalable data warehouse to spot buying trends across different exchanges. Retail sales data could be analyzed for seasonal buying habits.

The DashDB service is geared towards faster workloads, thanks to its MPP architecture. MPP allows the contents of an entire table to be loaded into the working memory of servers, greatly speeding the time it takes for queries to process.

One early user, the U.K. Red10 marketing firm, found that switching to DashDB cut the average time of its queries to four seconds, whereas they used to take hours to complete.

The service is fortified with IBM's portfolio of analysis technologies, such as the analytics libraries from Watson Analytics, Cognos, and Netezza.

DashDB also can be integrated with third-party business intelligence software from Looker, Aginity, and Tableau.

The service also is able to ingest unstructured data that is packaged in JSON (JavaScript Object Notation), thanks to an integration with the IBM Cloudant database technology. IBM acquired Cloudant in 2014.

In addition to launching DashDB, IBM is also releasing a set of tools to easily move workloads from Netezza in-house data warehouses, as well as from Oracle and DB/2 databases.