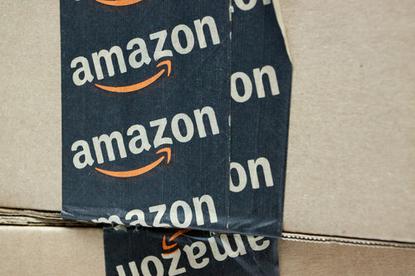 Cloud services continue to grow by leaps and bounds for Amazon.com.

The company reported that Amazon Web Services generated $US1.8 billion in sales in the second quarter, up about 80 per cent from the $US1 billion it brought in a year earlier.

That helped Amazon achieve a profit of $US92 million, a turnaround from its loss of $US126 million in last year's second quarter.

The company continues to briskly roll out new online services. During this last quarter, it launched Amazon Business, an e-commerce portal for businesses, as well as Amazon Mexico, a version of its e-commerce site specifically for that country. It also introduced the Amazon Echo, a voice-controlled device for ordering Amazon products or playing music and audio news.

For AWS, the company rolled out 350 new features and services. It also rolled out a training site for companies using its Cloud services, called AWS Educate.

"It was a very strong quarter for AWS," said Brian Olsavsky, Amazon chief financial officer, on a call with investors.

In fact, AWS is doing even better than the numbers would indicate, he argued. Usage has grown more than sales in the past year, a fact obscured by several price cuts that the company made, Olsavsky said.

Amazon will routinely cut prices on its cloud services to correspond with the declining prices of hardware. The company has made 49 price cuts since the AWS launch in 2006.

However, the pricing is not the primary reason users are flocking to AWS, Olsavsky said. They adopt AWS mostly to move faster and be more agile, he said.

The company is planning for even more AWS growth as it is prepares to expand the business into India next year.

Amazon's profit, which came out to $US0.19 per share, was a surprise after analysts polled by Thomson Reuters had estimated the company would lose $US0.14. It boosted Amazon shares, which were up $US84.82 at $US567 late on Thursday in after-hours trading, a gain of nearly 18 per cent.