Google grabs Pixate to improve its apps, and others 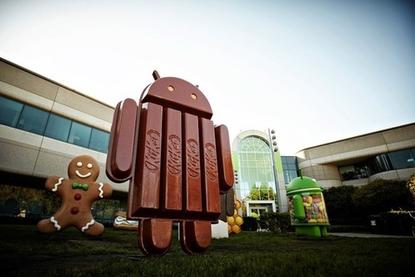 Bow before your scrumptious Android god.

Google has acquired Pixate, whose app-prototyping service could help Google make better apps of its own.

Pixate provides a suite of tools to help mobile developers design and prototype their apps. Thousands of mobile designers at companies including Amazon, Apple and Facebook -- and Google -- have used its services, the company says.

The Google acquisition will help Pixate expand its service to improve the app development process for many more designers across iOS, Android and other platforms, the company said Tuesday.

Pixate will live on as a standalone service. But its tools will also aid in Google's own development processes. This would include material design, Google's new design aesthetic to unify the look and feel of its various apps and online services. Google released a material design guide for Android L at its I/O conference last year, partly in an effort to compete against the slick design of Apple's services.

The Pixate acquisition brings with it some changes around the cost and structure of Pixate's services. In an F.A.Q. regarding the acquisition, Pixate said its desktop editor, Pixate Studio, has been made free. Services available under the company's previous Premium plan, like the creation and editing of prototypes, have moved over to the desktop product.