Makes the move from VMware 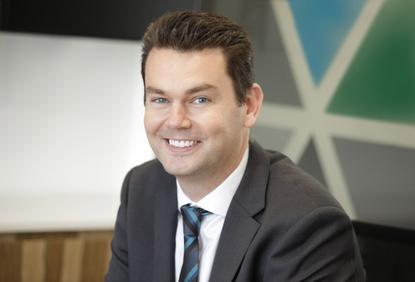 Flash storage solutions company, Nimble Storage, has named Bede Hackney as its new managing director. Hackney joins the company from VMware, where he served as its director of product sales for a little over a year.

Hackney fills the new role Nimble Storage recently created. According to the company’s Asia-Pacific and Japan vice-president, Peter O’Connor, its business growth and new breed of partnerships in this region was the reason behind the need for the new role.

In this role, Hackney’s responsibilities will include building a team that works collaboratively, meeting revenue and margins goals, and increasing the company’s efforts in the channel.

“He’ll be building new partnerships in the channel, as well as working on the existing partnerships, in addition to looking at our key priorities going forward,” O’Connor said.

O’Connor mentioned in the coming years, Nimble Storage aims to grow its marketshare, increase its growth in the storage space, ensure customer satisfaction, and build on its channel community and solutions.

Hackney claimed his former experience will help him in this new role.

“What I bring is experience in a number of markets, including the storage platform, understanding of the channel and contacts in the enterprise space. Part of the mandate in my new role is to build the momentum of our offerings in that enterprise segment,” he said.

Prior to VMware, Hackney served in a number of roles at Citrix over seven years. He was the company’s application networking sales manager in 2007. In 2009, he was promoted to director of product sales. He served in this role for a little over four years.

He was then promoted to the role of senior director of product sales in 2013 and held that role for a little over a year.

Hackney reports directly to O’Connor and will be based in the company’s North Sydney office.