The terms of the settlement in the 2013 incident are confidential 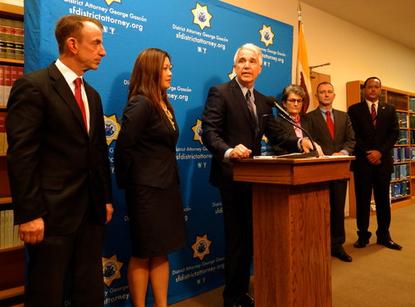 Uber has reached a confidential settlement with the family of a girl who was hit and killed by an Uber driver.

In downtown San Francisco on New Year's Eve of 2013, an Uber driver struck six-year-old Sophia Liu, killing her. The driver also hit her mother and brother. In a statement after the incident, Uber said the driver's account was immediately deactivated.

Court documents filed in the Superior Court of San Francisco said the terms of the tentative resolution were kept confidential to protect the financial privacy of the brother, who is a minor and was a plaintiff in the case.

Emile Davis, an attorney for the family, did not immediately respond to a request for comment.

Since its launch in 2010, Uber has grown into one of the most successful startups in the world, with its mobile ride-hailing service active in more than 310 cities and nearly 60 countries.

But issues around safety and the licensing of its drivers have at times created roadblocks for the company, which has also faced opposition from taxi interests.

Even before the San Francisco incident, U.S. lawmakers had asked Uber and other ride-hailing services like Lyft and Sidecar to use fingerprint background checks for its drivers.

Late last year, a woman in India allegedly was raped by her Uber driver. After that incident, Uber said that it would develop biometrics and voice verification for enhanced driver screening. Uber hasn't said whether that would include fingerprint scanning.