Microsoft is also opening its Health Cloud platform to outside developers, allowing them to integrate fitness data into their apps 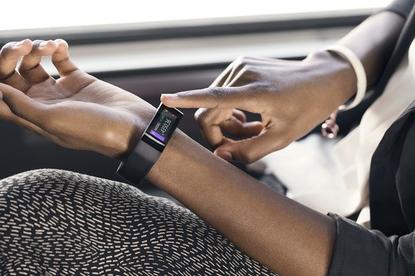 Microsoft is letting developers create apps for its Band fitness tracker that convey information pulled from RSS feeds and display it on the device's screen.

Creating an app is a quick and straightforward, according to Microsoft. First, developers visit a Microsoft website where they provide an icon file and link to an RSS feed.

The app is then loaded to the Band via the Microsoft Health app that controls the wearable device. Because Microsoft Health works on several mobile platforms, the app will run on devices that run iOS, Android and Windows Phone.

The end result is an app that has limited functions, but can provide people with small bits of news that are relevant to them. But by offering users apps that provide bite-sized portions of information, the Band may better compete against and possibly stand out from other fitness trackers. Some of the Band's features, which include the ability to track steps, calories burned and sleep quality, are also found in wearable devices from rivals including Fitbit and Jawbone.

Microsoft is also opening its Health Cloud platform to developers. By using APIs, developers could incorporate a user's activity data into their apps. For example, an app could take location data from a user's run and use it to create a map of the route. Apps could also use the fitness and biometric data a user stored in the cloud to customize workouts. A user would have to agree to give an app permission to access this information in order for the program to offer personalized services, Microsoft said.

The Microsoft Band has been steadily gaining features since it debuted last October. Some of the additions include a virtual keyboard that came in a February software update and integration with the popular cycling app Strava in April. This week, the Band received an update that allows it to track golf swings.