Samsung faces lawsuit in China over bloatware on phones 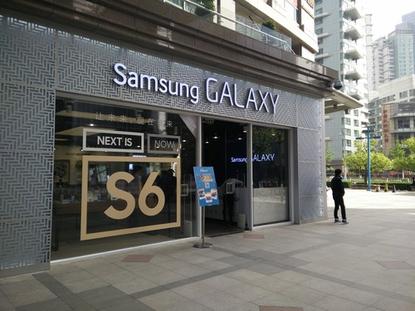 A Samsung store in Beijing, China during the Galaxy S6 launch in April, 2015.

A consumer protection group in China is suing Samsung Electronics and a Chinese vendor for placing too many preinstalled apps on phones, and is demanding that the whole smartphone industry eschew bloatware.

On Thursday, the Shanghai Consumer Council said it filed public interest lawsuits against Samsung and Oppo for not only placing so much bloatware on their phones, but also making it impossible for the user to easily remove the apps.

The consumer protection group has been receiving a growing number of complaints, and found that these preinstalled apps can take up a phone's storage or download data without the user's knowledge. In response, the group has filed the lawsuits in a Shanghai court, as a way to discourage smartphone vendors from weighing their products down with pre-installed software.

Phones from Samsung and Oppo were found to contain the most bloatware, and so the two companies were named in the lawsuits. In Samsung's case, it was a model of its Galaxy Note 3. The phone allegedly has 44 pieces of pre-installed software that can't be removed, according to the group. The Oppo phone, on the other hand, had 47 irremovable apps.

It's unclear if the group will target other offenders. But in this latest legal action, it is demanding that both Samsung and Oppo make it possible to easily remove the software from the phones. It's also asking that the vendors explain to the buyer what pre-installed software is loaded inside the phone, along with its functions and memory size.

Samsung and Oppo did not immediately respond to a request for comment.

On Thursday, the national China Consumers' Association said it supported the lawsuits.