Bevy of cheap LTE smartphones on the way, Qualcomm says 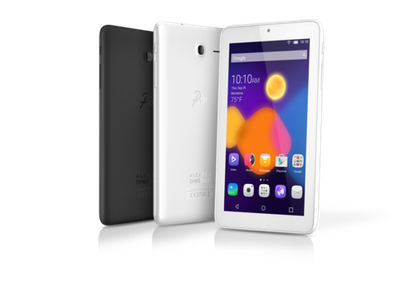 Alcatel One Touch's Pixi 3 (7) is powered by Qualcomm's Snapdragon 210 processor.

The Snapdragon 210 processor, which is meant to open the door for sub-$100 LTE smartphones, is off to a slow start. But that is about to change, according to Qualcomm.

With LTE networks popping up all over the world, the need for affordable smartphones compatible with the network technology has increased. To meet this demand, Qualcomm launched the Snapdragon 210 in September last year.

The processor has four ARM Cortex-A7 cores running at 1.1GHz. In addition to LTE at up to 150Mbps, smartphones powered by the Snapdragon 210 can have HD screens, 8-megapixel cameras that can shoot full HD videos and support Qualcomm's Quick Charge technology.

Back in September, Qualcomm said the first commercial devices powered by the processor were anticipated to be available during the first half of 2015. That never happened. Despite failing to meet its own deadline, the company is still upbeat about the processor's prospects.

Snapdragon 210 devices are just starting to hit the market now, and there are quite a few in the pipeline that will be announced shortly. They will be offered by a mix of smaller and midsize OEMs, as well as the larger vendors like ZTE and Alcatel One Touch, a spokeswoman at Qualcomm said.

ZTE announced the Firefox OS-based Open L smartphone and Alcatel OneTouch unveiled the Pixi 3 (7), an Android-based tablet, earlier this year. Neither match the specs Qualcomm said the Snapdragon 210 can handle. For example, both products have low-resolution screens and the Pixi 3 has a 2-megapixel main camera. They are expected to go on sale in the next couple of months. Pricing wasn't immediately available.

The importance of this market for Qualcomm's future can't be overestimated. The company said it's definitely committed to the "high-volume sub-$100 segment" with the Snapdragon 200 processors, which also includes the Snapdragon 208 for 3G smartphones. It too was launched in September, and hasn't been used in any devices yet.

Lately, its most successful processors have been the Snapdragon 410 and 615, which are used in more than 100 devices, according to the GSM Arena website database. They were announced in December 2013 and February last year. Qualcomm has struggled in the high-end market with the Snapdragon 810, which has suffered from over-heating issues.