Despite Apple Watch, Fitbit is still in the race

Fitbit's fitness trackers may have outsold the Apple Watch in May, according to a research firm 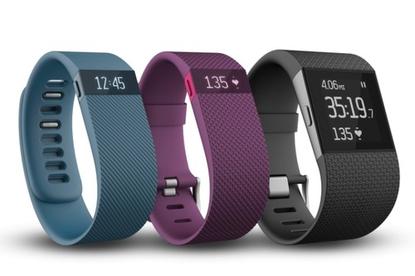 Fitbit appears to be holding its own against the Apple Watch and may have even outsold the device in the US in May, according to estimates from one market researcher.

Slice Intelligence estimated this week that Fitbit sold 850,000 fitness trackers in May, while Apple sold 777,000 watches. Slice came up with the figures using data from the email receipts of 2.5 million online shoppers who agreed to share data with the company.

The Apple Watch has many of the functions in Fitbit's products, leading to speculation that sales of dedicated fitness trackers would plummet after the watch launched. So far, that doesn't seem to be the case, according to Slice, which found only 4.8 percent of Fitbit buyers also purchased an Apple Watch.

Fitbit's financial prospects have set investors' hearts aflutter since the company went public last month. On Fitbit's first day of trading, its stock opened at $30.40, 52 percent higher than the price Fitbit set for its debut. On Wednesday, its shares were trading at around US$40, buoyed by an investment firm's report that said wearables are seeing mainstream adoption.

As of this March, Fitbit had sold more than 20.8 million devices, according to a regulatory filing it submitted to the U.S. Securities and Exchange Commission.

Apple doesn't release sales figures for its smartwatch, saying the information could give rivals an advantage. Instead, Apple Watch revenue will be lumped into the "other products" category in its earnings report, which also includes Apple TV, iPods, headphones, speakers and other accessories.

Since the watch launched in April, estimates on how many Apple has sold have varied greatly. Slice estimates that through June 14, Apple ha sold 2.79 million watches in the U.S., with the bulk of those in April, a Slice official said via email.

For the first full year, analysts have estimated Apple will sell from 10 million to 45 million watches.