VMware and Carahsoft will pay $US75.5 million, the Department of Justice said 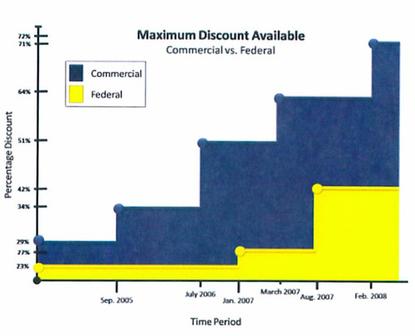 VMware and a partner have settled a lawsuit that alleged the companies overcharged the U.S. government for its products.

VMware has settled a lawsuit initiated by a former executive that alleged the company and a partner overcharged the U.S. government for products over a six-year period.

VMware, of Palo Alto, California, and Carahsoft Technology Group, a Reston, Virginia-based company that sells technology products to federal, state and local agencies, will pay $75.5 million, according to the Department of Justice.

Neither company admitted to the allegations, which alleged violations of the False Claims Act from 2007 through 2013.

In a statement, VMware denied its disclosures to the government were inaccurate and violated the False Claims Act. It decided to settle "rather than engage in protracted litigation with one of its important customers the federal government."

According to the lawsuit, VMware offered a 12 percent discount on its main product to the U.S. government, a figure that was far below the average discount offered to other commercial customers.

Some commercial customers received discounts of up to 72 percent in early 2008, according to a chart in the complaint.

"There was never any legitimate justification for this discrepancy," the suit said.

Vendors are required to disclose their commercial pricing policies and sales practices to the General Services Administration (GSA), which manages the procurement of real estate and technology services.

Companies seeking contracts under the Multiple Award Schedule (MAS) program must also disclose discounts that they give to commercial customers, which allows the government to negotiate fair pricing, the DOJ said. Changes in pricing also must be related after a contract is in place.

The case came from a whistleblower, Dan Smith, a former VMware vice president of the Americas. Smith was fired by VMware in January 2010 after alerting other VMware executives to the pricing issue.

Court documents show that Smith will get a share of the settlement, which hasn't been determined yet.