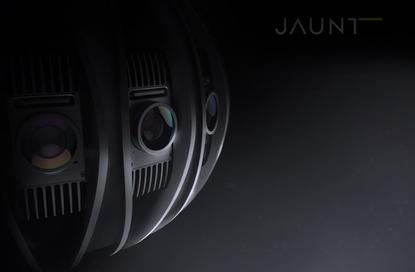 Jaunt, a startup that develops software and hardware for creating virtual reality content, is showing off a high-end camera for capturing 360-degree video that can be pieced together to form immersive environments.

Tech companies are promoting virtual reality as the future of gaming and entertainment, and they're even seeing enterprise uses for the technology, so more cameras capable of taking 360-degree images are hitting the market.

However, Jaunt says its camera isn't for the average producer. The "professional-grade" camera, which is code-named the Neo, was designed for elaborate projects, like producing movies and recording concerts, Jaunt said Tuesday when it shared details on the device.

Jaunt doesn't plan on selling the camera, Arthur van Hoff, the company's CTO, said in an email. Instead, Jaunt's customers can rent Neo. Those customers have included clothing manufacturer North Face and fashion magazine Elle. Jaunt's camera has also been used to record concerts by Paul McCartney and Jack White.

The first camera will come out in August. The startup plans on building dozens of cameras this year, van Hoff said. Jaunt isn't releasing pricing information.

Another company that came out with a 360-degree camera is Google, which is an investor in Jaunt. Google's camera, called Jump, debuted at the company's developer conference in May and was built with help from GoPro.

While it may appear Google is investing in a competitor, the two companies don't seem like rivals, at least for now.

Google's virtual reality efforts are more focused on user contributed content and getting those videos on YouTube, van Hoff said.

Google didn't immediately reply to a request for comment.

In its news release, Jaunt said the Neo wasn't built with "off-the-shelf components not designed for VR." Jump, on the other hand, consists of 16 GoPro cameras attached to a circular rig.