He's executive VP of the HP Enterprise Group, a $US28 billion division that sells the company's servers, network and storage gear 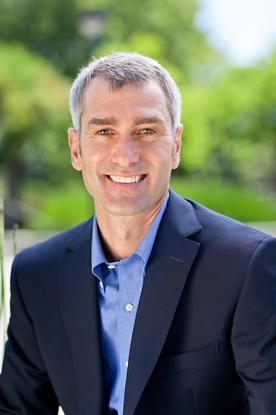 The head of Hewlett-Packard's enterprise division will leave the company ahead of HP's planned split later this year.

Bill Veghte, a former Microsoft executive who joined HP five years ago, will leave the company later this summer to "pursue a new opportunity," HP said in a statement on Tuesday. It's not clear what he'll do next and Veghte couldn't be reached for comment.

Veghte is executive vice president of the HP Enterprise Group, a $US28 billion division that sells the company's servers, network and storage gear. He's been leading the effort to separate the group into a new company.

HP is due to split itself in two effective Nov. 1, a radical plan aimed at returning it to growth. HP Enterprise will sell data center products and enterprise services, while HP Inc. will sell PCs and printers.

At its Discover conference earlier this month, an HP executive said the company will effectively begin operating as two companies on Aug. 1, so it can work out any bumps before the legal separation three months later. That means much of the heavy lifting should be completed by the time Veghte departs.

Still, he's a significant loss for HP, having also been COO, chief strategy officer, and head of software during his five years there. His job will be taken over by Antonio Neri, who's been running the enterprise group while Veghte focused on the breakup.

Veghte is the second top executive to leave HP since the split was announced. David Donatelli, a former head of HP's enterprise business, took a job at Oracle earlier this month, reporting to his old boss, former HP CEO Mark Hurd.