Google wristband could give doctors constant stream of patient data 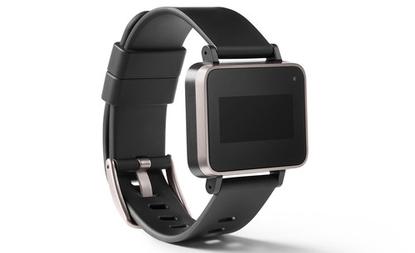 Google has developed a medical-grade wearable device that can stream patient data like pulse and heart rate to doctors.

Google has created a health-tracking wristband that could give health care professionals real-time information on the well-being of their patients.

The wearable can measure a patient's pulse, activity level, skin temperature and heartbeat rhythm. It's also able to monitor light levels and light exposure. This data could be used to learn more about patient behavior outside of the hospital and better treat ailments, Google said Tuesday. For example, data showing that a person isn't moving around frequently or spending limited time outdoors could indicate illness, Google said.

Don't expect to use the device to track sleeping patterns or count steps. Unlike consumer-focused health and fitness wearables and smartwatches, Google's "cardiac and activity sensor" device is designed for medical settings, the company said.

Health-monitoring features are available in smartwatches running Android Wear as well as the Apple Watch and fitness trackers from companies like Fitbit. However, doctors are reluctant to incorporate these wearables into patient care because the devices' sensors haven't been validated for accuracy. In order to accept wearables, physicians need devices with medical-grade sensors that take precise readings, critics have said.

The search giant's life sciences group, which is part of the Google X research division, developed the wristband, which resembles a smartwatch with a square display with rounded corners attached to a wristband. Google didn't immediately reply to questions about the wearable's battery life and if it runs Android Wear.

Google is working with several research partners on medical studies to determine if receiving a constant stream of data can help doctors better treat disease, said Jacquelyn Miller, a Google spokeswomen. The company didn't provide details on what conditions it is studying.

Gauging the device's usefulness in clinical settings could take several years, Miller said. If the wearable proves beneficial to care givers, Google will look for partners to build the device, she said.

Google's other life sciences projects include a contact lens that can monitor a person's blood sugar levels. The company is also contributing its sensor technology and imaging technology to a robot-assisted surgical platform.