Tidal CEO out after three months on the job

Peter Tonstad has left his post at the music streaming service, with no successor named. 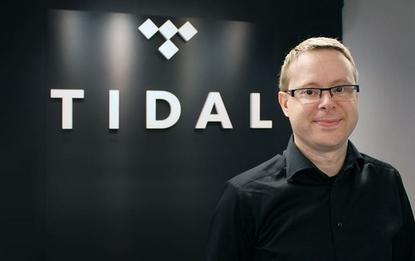 Tidal, the music streaming service owned by rapper and music producer Jay-Z, has just lost its second CEO this year.

Peter Tonstad has departed from the recently relaunched streaming service after just three months on the job as interim CEO, the company said Tuesday. Tidal "will be transitioning to a permanent CEO" at some undisclosed point in the future, and the company's current executives will carry on day-to-day operations until the firm has named a replacement for Tonstad, company spokeswoman Jana Fleischman said in an emailed statement.

It's yet another rough sign for Tidal, which launched in March with the backing of several high-profile artists, including Daft Punk, Nicki Minaj and Kanye West. Tonstad, who was previously the CEO of Tidal's parent company Aspiro, took over the chief executive role in April, after Andy Chen departed unexpectedly.

The service has tried to use exclusive music videos and a $20-per-month high-quality streaming offering to attract music fans in addition to its more standard $10-per-month streaming plan. Tidal had about 800,000 subscribers in early May, which is a drop in the bucket compared to Spotify's 20 million paid subscribers.

Tidal has to differentiate itself in a very crowded streaming music industry. Google just launched a new, ad-supported free tier for the company's Play Music streaming service, and Apple will launch its new Music service at the end of the month. There are plenty of other competitors all vying to meet customers' needs for a music fix, including Rdio, Deezer, Rhapsody and Microsoft's Xbox Music service.