The Upload: Your tech news briefing for Friday, June 19

Google offers a look inside its data centers...Facebook won't have a Moment in Europe just yet...Samsung promises to fix Galaxy hole 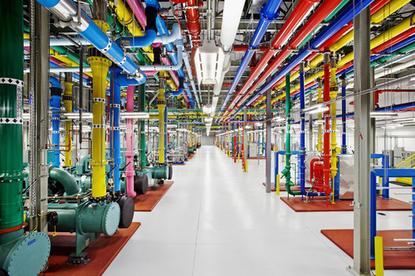 Google has been building its own software-defined data-center networks for 10 years because traditional gear can't handle the scale of what are essentially warehouse-sized computers. The company hasn't said much before about that homegrown infrastructure, but one of its networking chiefs provided some details this week about the current network design that powers all of Google's data centers and has a maximum capacity of a whopping 1.13 petabits per second.

European users of Facebook won't be able to use the newly launched Moments photo-sharing app due to concerns about how it uses facial recognition, the Wall Street Journal reported. The company has to come to an agreement with the data protection regulator in Ireland, where it is nominally based in the region, and will probably have to offer an opt-in mechanism for the app.

Samsung will update the security software on its Galaxy smartphones to address a flaw in the SwiftKey keyboard app that could let attackers access people's devices. Samsung said it would roll out a fix in the coming days to owners of the Galaxy S4, released in 2013, and later models, all of which can receive over-the-air updates via the vendor's Knox security platform. It's working on a firmware update for phones that don't have Knox.

Microsoft, Google and Mozilla team up to build a faster Web

Web apps and pages may soon get a speed boost to rival the performance of native desktop and mobile applications, thanks to a new standards initiative from Microsoft, Google and Mozilla. Called WebAssembly, the technology could facilitate a wide range of applications that until now have been extremely difficult to run on the Web, such as rich online games, video editing and emulation of full desktop applications.

A newly updated version of SAP Hana has just been released, but now a security researcher has warned of a potentially serious vulnerability in the in-memory platform. ERPScan found that it was possible to get access to information such as user passwords and root keys because they were typically stored using the same default encryption key across Hana systems, giving potential hackers relatively easy access.

China's Tsinghua University has teamed up with the University of Washington and Microsoft to launch the Global Innovation Exchange (GIX), a tech-focused graduate school that's the first of its kind. It will open in fall 2016 with a master's degree program in technology innovation. Microsoft is pitching in $40 million to help get the effort started.

Oracle CEO Mark Hurd has reached back into the talent pool he once led at Hewlett-Packard to hire David Donatelli to oversee server, storage and networking products. Donatelli was passed over for the HP CEO job that ultimately went to Meg Whitman, and his new job is very much like his old role at HP before he was sidelined into a slot evaluating merger candidates.

FCC rules that carriers can block robocalls on request

Phone companies have dragged their heels on implementing technology that would block their customers from receiving robocalls, claiming that they couldn't do so legally. Well, now the U.S. Federal Communications Commission has robbed the carriers of that excuse in a 3-2 vote confirming that using existing technology to shield customers from unwanted and illegal robocalls is perfectly legal, NBC News reports. Your move, Verizon/AT&T/Sprint et al.

On The Wrap this week, Microsoft shuffled its ranks, the FCC plans to fine AT&T and FitBit has an IPO.

Why does tech's balance of power favor the U.S. instead of Europe?