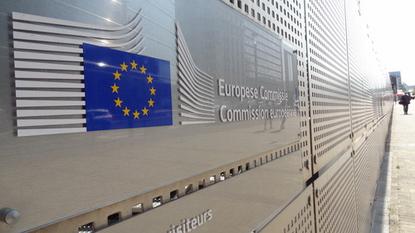 In front of the European Commission's Charlemagne building in Brussels on June 17, 2015

The European Union faces a huge shortfall of qualified IT staff in Europe by 2020, prompting EU countries to redouble efforts to offer technology training.

There are not enough IT specialists graduating in Europe to fill all jobs, creating a digital skills gap that could lead to 825,000 vacancies in the sector five years from now, according to figures released by the European Commission on Thursday.

The news comes as four more countries join a program begun in 2013 to increase opportunities for workers to learn IT skills across the EU.

Almost 24 million of the EU's 500 million inhabitants are looking for work, according to Commission figures, yet businesses are having difficulty finding skilled IT workers.

The largest IT skills gap is in Germany today, but it will get bigger throughout the EU if nothing is done, especially in the U.K. and Italy where there are not enough IT specialists graduating to keep up with demand, the Commission's figures show.

The Commission's doom-mongering is having some effect: Last year, it predicted that the shortfall in qualified IT staff could reach 900,000 in 2020, but efforts to provide more training are closing that gap.

The gap had formed because the demand for IT professionals grows about 3 percent each year, but the number of IT graduates declined by 13 percent between 2006 and 2013, after having almost doubled in the preceding six years, according to Commission figures. There's also a gender gap, as there are twice as many male as female graduates in science technology and mathematics, the figures showed.

All students should be trained in digital skills, not just the ones that choose a career in IT, the Commission said, adding that the same goes for the whole work force.

"There is a clear need for promoting digital skills at all levels, for re-skilling, and for lifelong learning across Europe and its regions," European Commissioner for Digital Economy and Society Günther Oettinger said at the EU Digital Assembly in Riga on Thursday.

About a third of the workforce has no or low digital skills, while 15 percent have never used the Internet.

To remedy that, the Commission set up the Grand Coalition for Digital Jobs in 2013 to support IT training projects involving government and industry. Projects are already up and running in Bulgaria, Greece, Italy, Malta, Lithuania, Latvia, Poland and Romania and on Wednesday Belgium, the Netherlands, Cyprus and the U.K. joined the coalition. The programs are focused on stimulating IT education and providing training for the unemployed.

In the U.K., the ambition is to deliver the skills for a million new digital jobs, according to the Commission. As part of that, British public broadcaster the BBC will make its BBC academy accessible from outside the U.K., with the goal of encouraging 2.5 million more visitors to access its educational videos and articles.

Companies offering training courses under the program include Google, CA Technologies and EMC.

Oettinger said more private investment in IT training is needed if the initiatives are to reach the necessary scale, however.