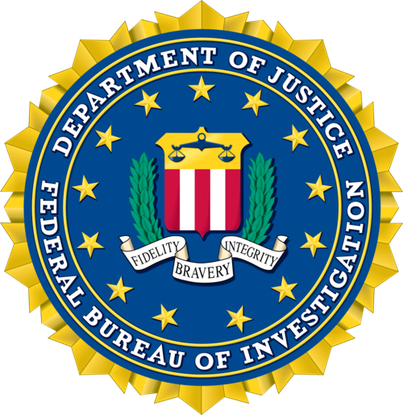 Shield of the Federal Bureau of Investigation (FBI)

Federal law enforcement officers are investigating whether the St. Louis Cardinals, one of the biggest teams in U.S. Major League Baseball, sought to gain advantage over rival Houston Astros by hacking into its computer network and accessing a key database.

If the hacking is confirmed, would be the first known example of a major U.S. professional sports team hacking into the systems of a rival.

The investigation centers on the baseball operations database which is said to contain statistics, video and other vital information about players.

The federal investigation was confirmed by both Major League Baseball and the St. Louis Cardinals in brief statements.

Major League Baseball, which runs the league and has the power to sanction teams, said it has also been cooperating.

"Once the investigation process has been completed by federal law enforcement officials, we will evaluate the next steps and make decisions promptly," it said.

The New York Times reported that the hacking appears to have been conducted by office staff who wanted to undermine Jeff Luhnow, who left the Cardinals in 2011 to become the general manager of the Astros.

Baseball is a sport built on statistics of hundreds of data points about teams, players and staff, and the Cardinals staff were apparently worried that Luhnow had taken some of its proprietary knowledge with him to Houston, where he built a baseball operations database similar to one in St. Louis, said the newspaper.

So they compiled a list of passwords used at the Cardinals by Luhnow and other staffers that had joined the Astros and tried them until one allowed access to the database, the Times reported quoting law enforcement officials.

The investigation was understood to have begun after the Astros became aware its database had been compromised. That happened when information from the database began appearing on an anonymous text-pasting website last year.